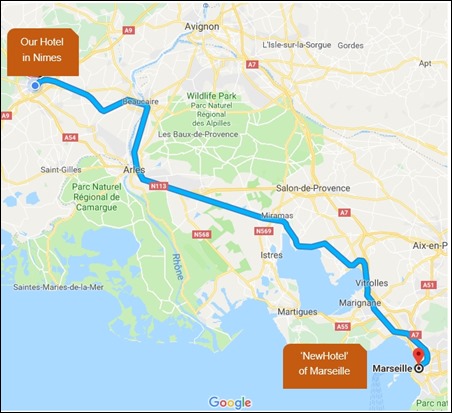 (The Bodyguard finalé was good wasn’t it!?)

Today, we travel to our third and final Hotel. Our new home until Friday is the NewHotel in Marseille, and was opened in 2006. 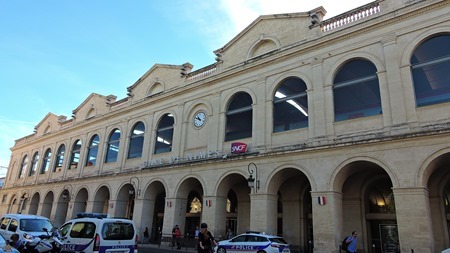 But first, we had to get there! We checked-out of our current Hotel just after 10am and it was just a short walk five-minute walk to the Station in Nimes. 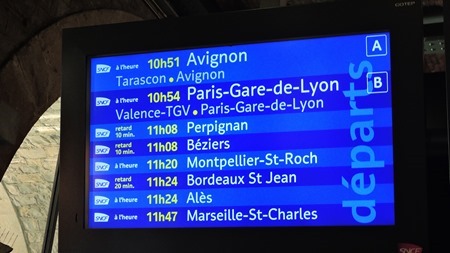 …before catching the 11.47 direct to Marseilles courtesy of SNCF. We went posh and tried out French ‘First Class’ – the differences? Well, not much actually:-

Weather in Marseille is a little cooler than we’ve become used to – a frosty 20 degrees at noon and 50 mile an hour winds! Better dig out the extra, extra firm hairspray for Monsieur’s endangered thatch…

It was a trouble-free journey of just over an hour and we were soon checking-in at NewHotel of Marseille located in the Old Port (Vieux Port). This shouldn’t be confused with NewHotel – Vieux Port located nearby and part of the same chain! It would have been an easy mistake to make, and in fact, the guest checking in next to us, was politely being informed she was at the wrong hotel! – not a happy bunny!

All very confusing and certainly had me checking our paperwork! 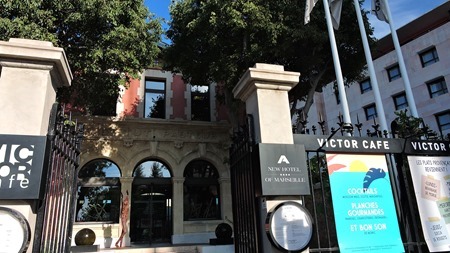 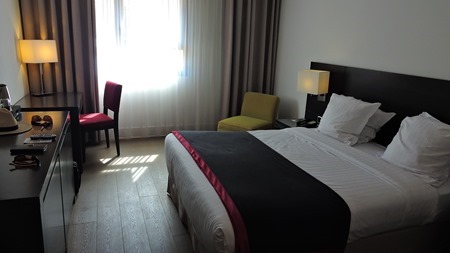 First impressions of our Room? Very nice indeed! It had a very modern feel to it, and was larger than we expected. We quickly unpacked and connected up all the tech to the outside world and then took a quick wander round the immediate area to get our bearings. 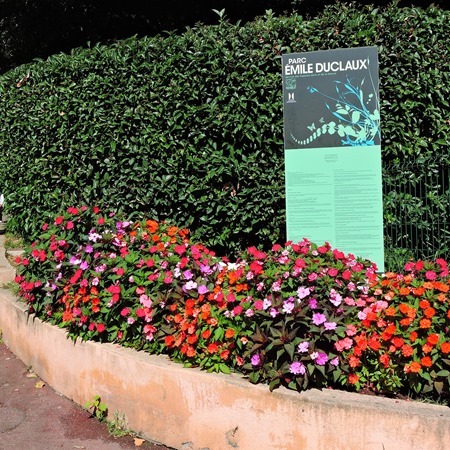 …first, to the Park opposite, where we were met by the promised gale-force winds… 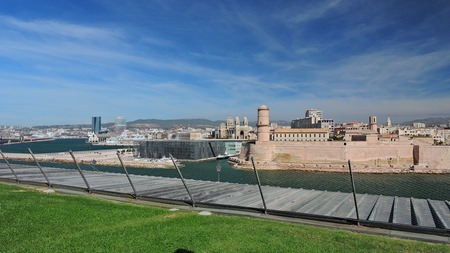 …but with great views across the Harbour… 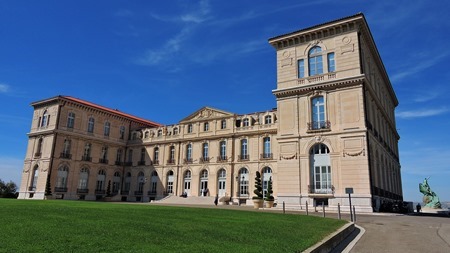 …nearby was the Palais du Pharo (built in 1858 by Napoleon III for Eugénie de Montijo) that’s now part of the Aix-Marseille University a Convention Centre. 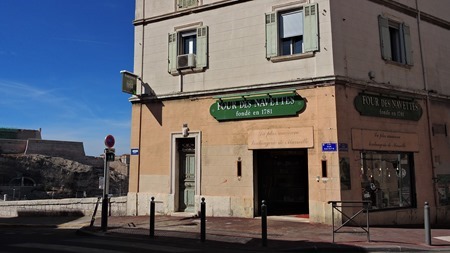 Next stop: ‘Four Des Navettes’, the oldest working Bakery in Marseilles – dating back to 1781! 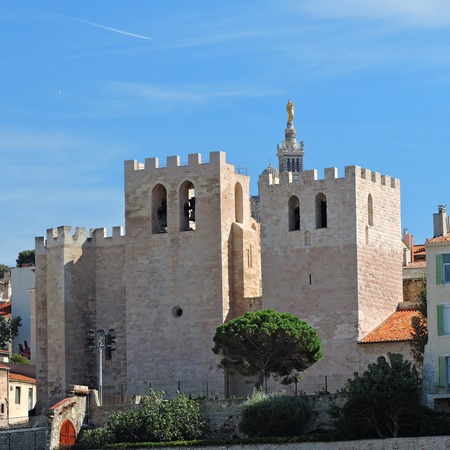 Then: The Abbey of St Victor… 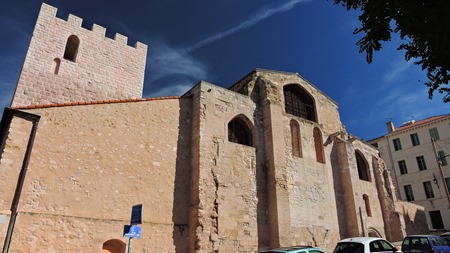 …in wonderful condition, with a not-so-illustrious history… 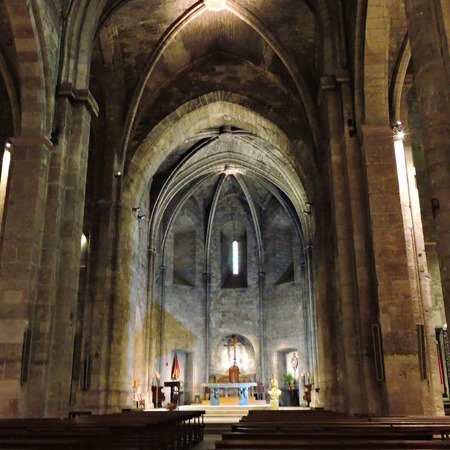 ..where the Monks barricaded themselves in during the Great Plague instead of offering help to the afflicted. Not quite the ‘Je suis alright Jacques’ attitude one would have expected from the God-squad… 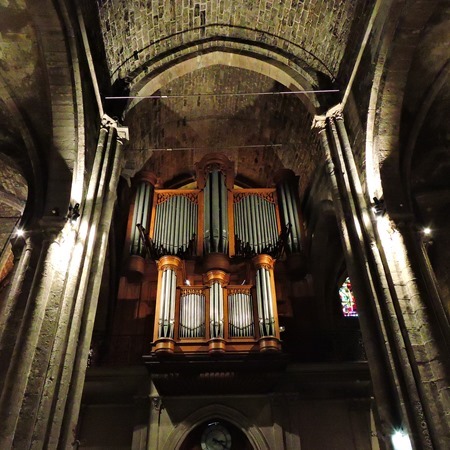 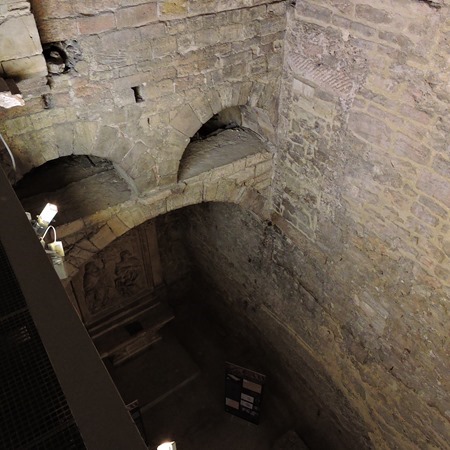 The Crypt was in excellent condition. Tradition also has it that it contains the relics of the ‘Martyr of Marseille’ from the 4th century. In reality, the crypts preserve highly valuable archaeological evidence proving the presence of a quarry exploited in Greek times.

After our religious fix for the day, we continued our trek, heading for the Harbour. It was twisty-turney route, where eyes-in-the-back-of-your-head was a distinct advantage, when negotiating round the traffic in the side-roads. 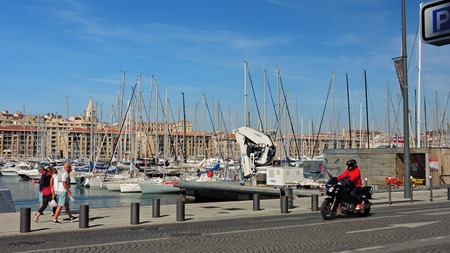 We were now feeling hungry, and walked along the Harbour Front in search of a restaurant… 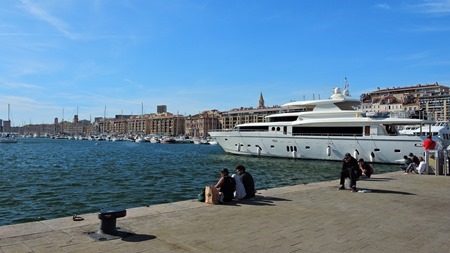 …the views across the Harbour were fantastic!

Our hunger was relieved in the shape of a chain we’d not heard of before – Steak and Shake. Founded in America in 1934, they’ve got outlets in various parts of the world (but not the UK). 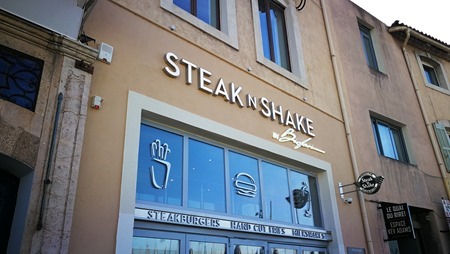 Bizarrely, the DON’T serve Steak! Instead, they’re famous (apparently) for their steak-burgers! They do do Shakes though and they’re ‘hand-dipped’ (whatever that means!) 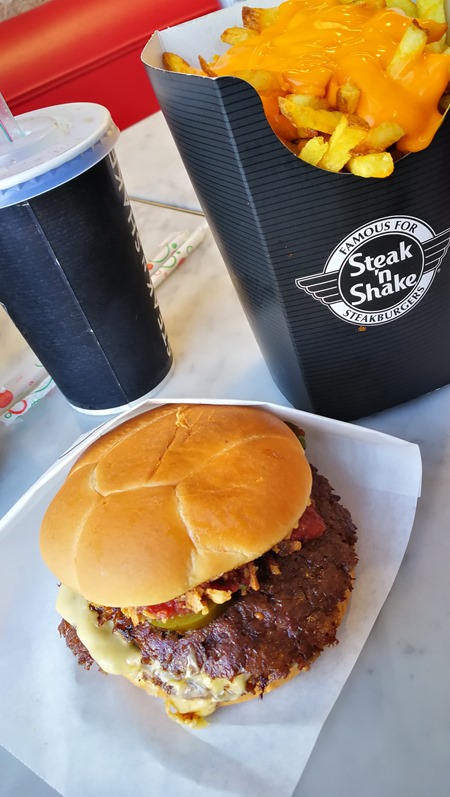 We tried a couple from their Signature Burger range! Ann’s with mushrooms and Emmental whilst mine had everything plus a generous helping of jalapenos (Phew!). And whether their Burgers are really made from real steak or not, they certainly tasted very meaty – not surprisingly, it all went down a treat! 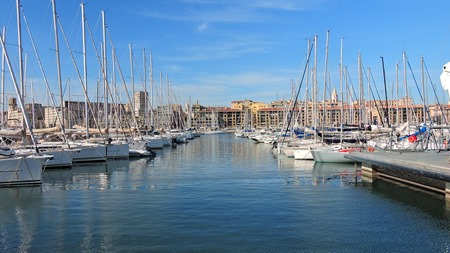 It was a very pleasant walk along the Harbour. Plenty of boats to view from the ‘everyday’. to ‘expensive’ boats and VERY expensive!

By now the wind had dropped and it felt very warm. With the sound of our rumbling tummies now a distant memory, we walked back to the Hotel. 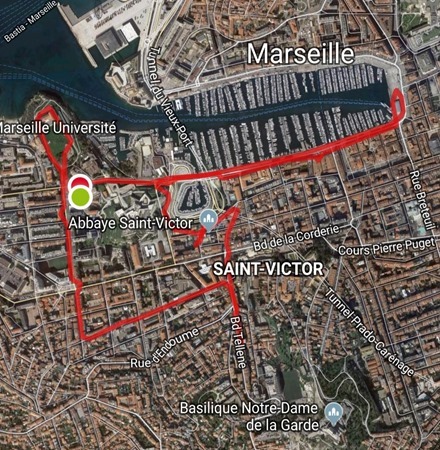 Our little walk, to become familiar with the area, had taken-in much more than we planned, but it was worth it!  We covered just under 3.5 miles made of just over 8000 steps each.