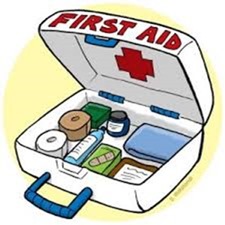 For most of the population, Black Friday is that time of year to grab a bargain somewhere. For me, this year’s event was where something grabbed me! It was the culmination of a really bad week, health-wise – and I’m hardly ever ill!

Somehow, I’d picked up a bug that came out during our Brighton trip trip last weekend and over the week that followed, it just got worse.. and worse… and worse I ended up cancelling my two Classes on Monday and Tuesday due to what seemed to be a chest infection with added cold symptoms – lovely!

I also had to postpone my twice-yearly get-together with Alison on Thursday. I just about managed to stagger out to Derngate on Thursday evening to see Rob Brydon and ironically, Rob had a really bad cold too!

By Friday, I was feeling a bit better and we were therefore able to keep our date with Bev and Denis for lunch. Bev noticed my cough as it sounded like I’d been smoking 50-a-day!

By Saturday, I still wasn’t feeling brilliant, but I had a long-standing appointment at my old school’s reunion in London. I was now feeling a bit better, however, just five minutes into the event, during my first conversation, I felt my voice breaking. So, perhaps I hadn’t recovered as much as I thought!

I lasted about two-hours before I could feel that my voice was turning ‘super-squeaky’ and consequently every chance of losing it all together (I’ve had these symptoms before), so, I made my excuses and left.

Sunday came and went and luckily, by then, I was genuinely feeling very much better. I still had my cough, and I still had some mild cold symptoms, but I simply couldn’t cancel another set of Classes otherwise that would have put the Group seriously behind.

Luckily, I slept well, and by Monday, I was more-or-less ready to get back to the normal routine. In the days that followed, I was still a bit husky, but I think, at least the fever had gone!

I HATE BEING ILL!!! It makes you soooo unproductive!