Ann bought me a remote control boat for my Birthday – the snappily titled gizmovine t01 – and today was my first opportunity to try it out. 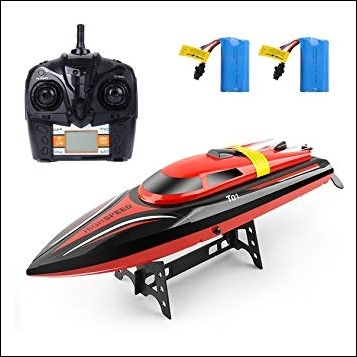 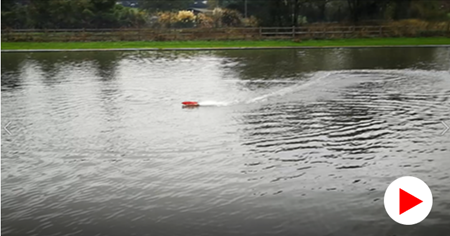 So, David and I headed down to Wicksteed Park and their boating pool. The conditions were perfect in that there was no wind and it was reasonably warm.

Unfortunately David’s boat developed gremlins and after initially springing into life, suddenly went quiet – and we just couldn’t get it to run at all!

So, it was left to me to put mine through its paces, even if I now didn’t have anyone to race! It didn’t disappoint, zipping along at a phenomenal speed – and its manoeuvrability was unbelievable. Luckily I took some spare batteries with me as each pack only lasted around 20 minutes – but each time it was an exhilarating 20 minutes!

An hour later, I’d exhausted them all and in doing so, the Boat had sustained a few ‘battle scars’ (mainly down to me crashing it into the side of the boating-pool whose edge was made of concrete). Ouch! 😮

Wow! What a maiden voyage!