It was of to see the Palmer Clan today – Debbie, Neil, Alfie and Frankie – Neil having booked a table at ASK in Bromley.

The table was booked for 12.15, so that meant an early exit from home and a short drive to Bedford for the ever-popular ThamesLink service! And boy, was it popular!!! 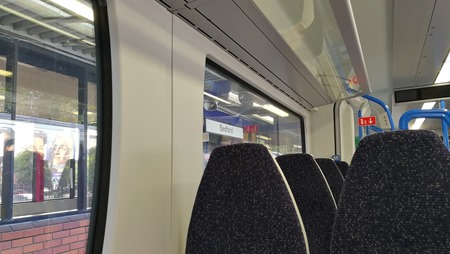 It was OK at Bedford – almost empty – but at each station afterwards, the number of people attempting to board, defied belief! What are all these people doing getting a train this early on a Saturday? Ahh, as we pulled into Blackfriars Station, it all became clear as the sizeable crowd there was wearing very brightly coloured attire! Our conclusion? Somewhere in the UK there was obviously a Pride March going on, and just our luck, as it turned out to be Brighton – the ultimate destination of our Train! I’m glad we got off when we did!!

We exited quickly and fought our away along the impossibly long platforms, that are a feature of this newly (ish) revamped Station. Twenty minutes later, we were on the opposite platform, and our way to Bromley South – our final destination.

Neil, Debbie and Alfie were there, but no sign of Frankie. We learned he was apparently sleeping it off after a very late night, the previous night (lucky bugger!). 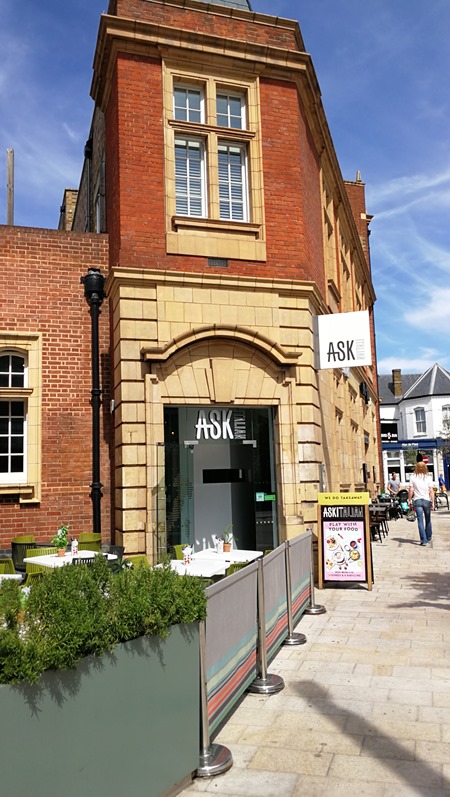 We were soon at our restaurant-of-choice – ASK – at the top of the High-Street. We were quickly seated (coincidentally, the exact same table as last time!) 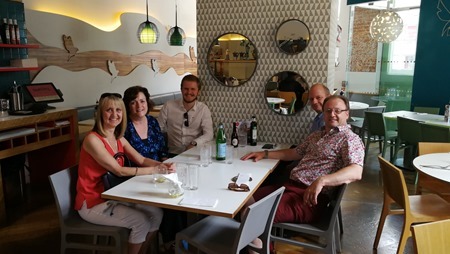 …and were soon checking-out the Menu knowing that we had a 25%-off voucher awaiting its liberation. Actually, its freedom was short-lived, as I hadn’t read the small-print, and it wasn’t valid on a Saturday! Doh!

After a quick look at the three-courser-for-£15.95, we returned to the main menu and made our selections. 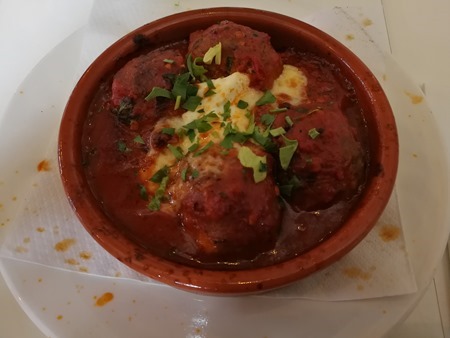 Spicy Meatballs to start with for me… 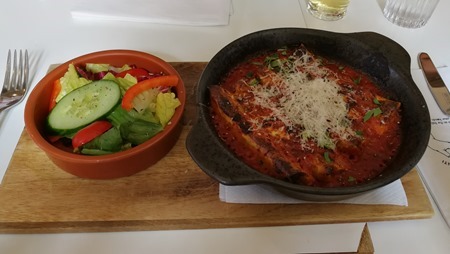 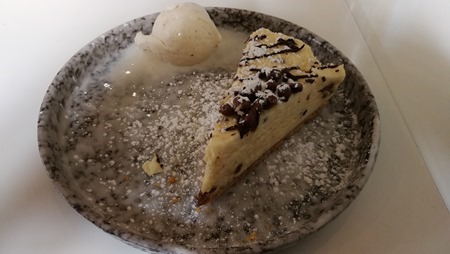 …and to finish, a cheeky Honeycomb Cheesecake

We skipped the Coffee course, preferring to take a very slow wander back down the High Street in time for our Train. After a good natter, we arrived at the Station and said our goodbyes. We’d timed it pretty well, and didn’t have long to wait for our return journey to Blackfriars. 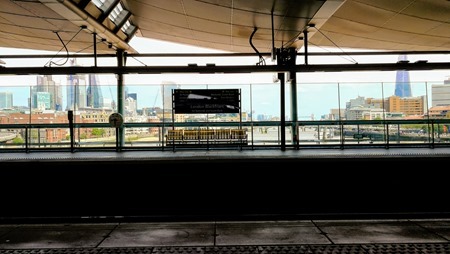 Luckily, this time, by the time we got back into London, the Station was pretty much deserted (just how we like it) and we were soon on the final leg, heading for Bedford Station – and home.

A great day and always good to catch up with the Family!