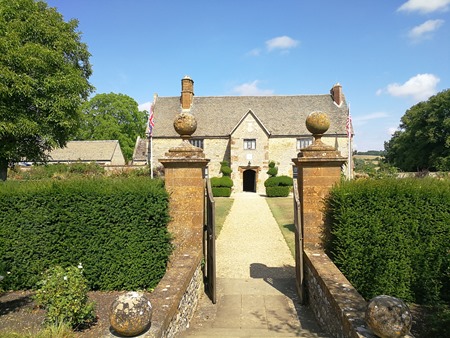 Another scorching hot day here and so we decided to make the most of it and met up with Ian and Ann McL  at Sulgrave Manor. It’s a Tudor Manor House, home to (and built by) George Washington’s (deep breath!) great-great-great-great-great grandfather, Lawrence, in the mid-1500s. We’ve not been here before – can’t think why not, as I thought we’d exhausted the majority of old houses in a 100 mile radius from ours! 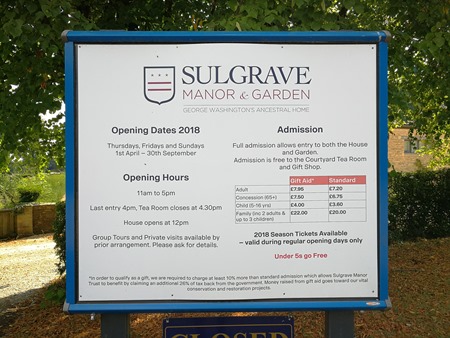 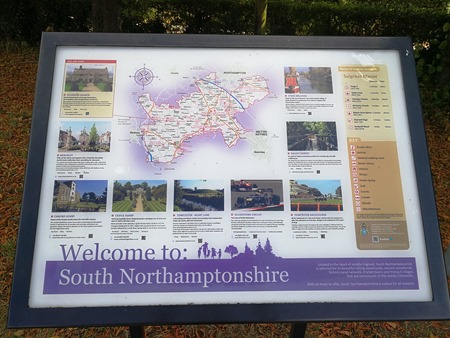 We arrived just before 10.45 after just over an hour on the road (and a very pleasant drive to!) Ian and Ann followed shortly afterwards – and we were soon comparing picnic hampers!

The Gardens opened at 11am and that was our first stop. In truth, everything looked a little sad having suffered in Sun (like everyone else’s)… 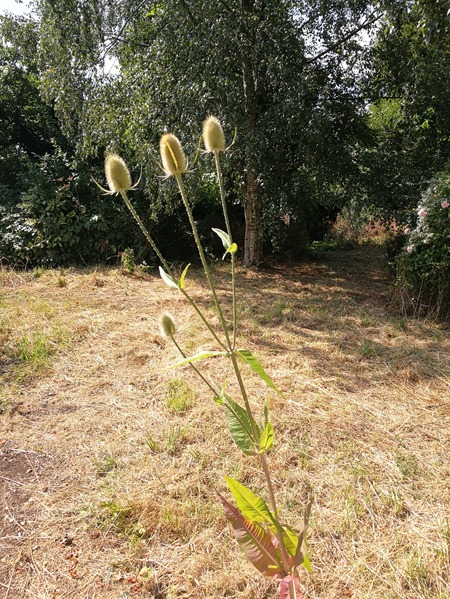 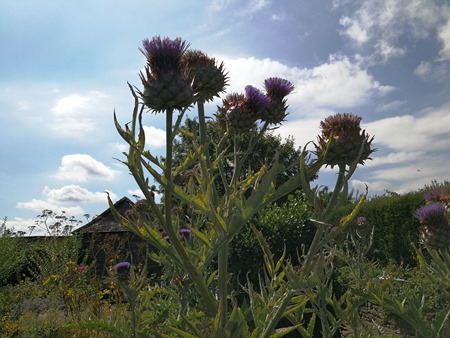 ..although the ornamental arrangement immediately outside the Manor was in remarkedly good condition! I suspect a judicial use of sprinklers!! 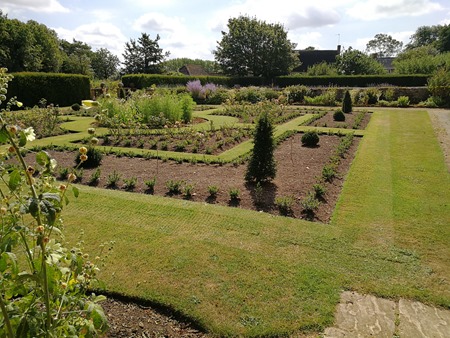 There was no doubt the Manor was related to George Washington as there was a rather impressive bust towards the end of our walk. 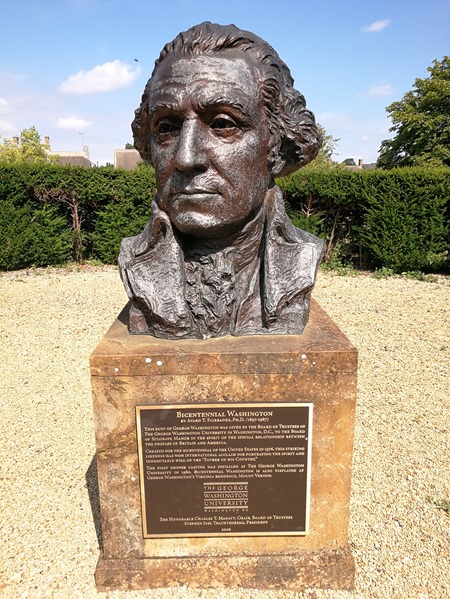 As there wasn’t that much in the Gardens, we were done in no time – with still some time to kill before the House opened at midday. What to do?We found a seat and soaked up some of the (increasingly hot) rays. 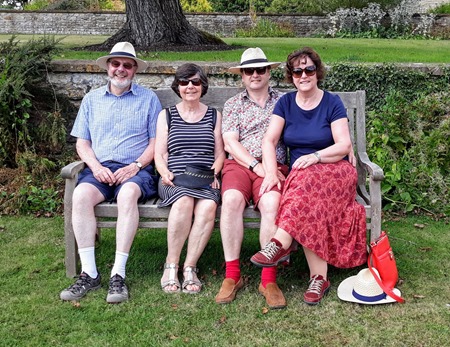 And on the stroke of 12, we headed for the House – actually, we pleased to get out of the heat! 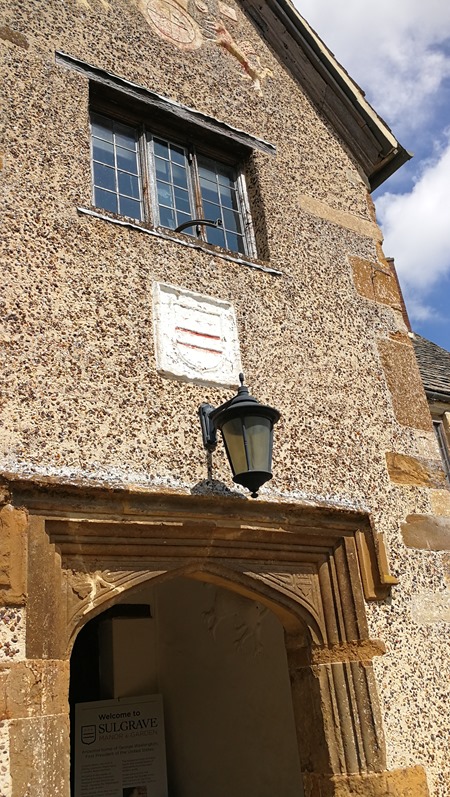 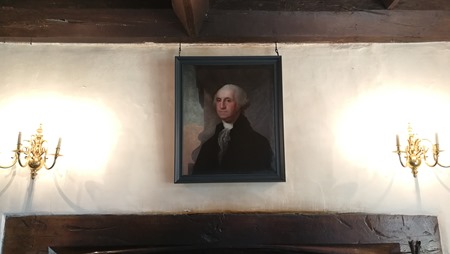 Once inside, there was plenty to see! In fact each room was full of related memorabilia, giving us all a real good feel for the place. 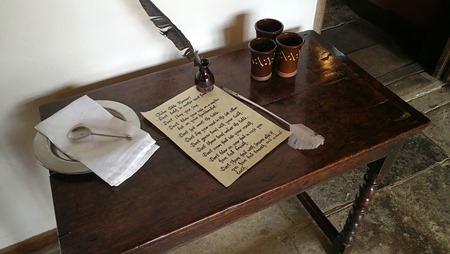 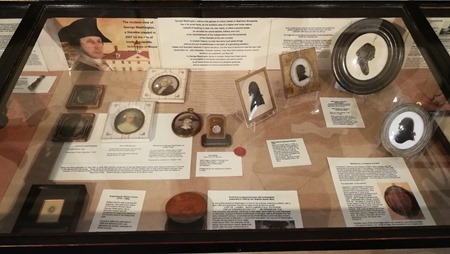 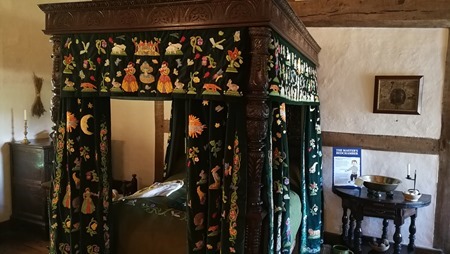 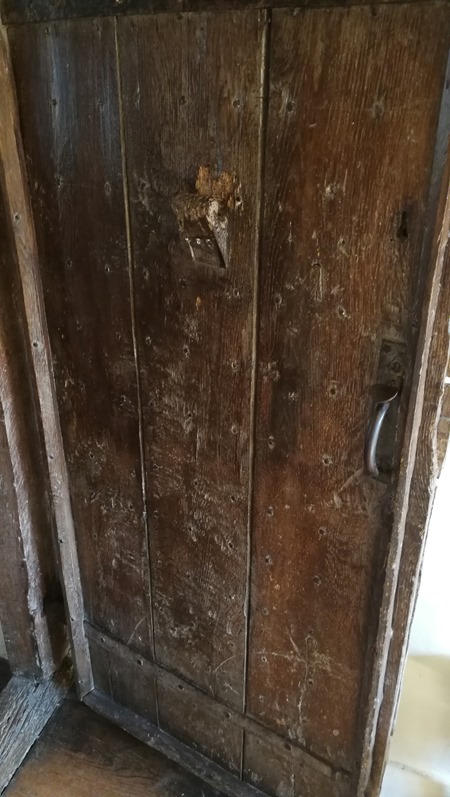 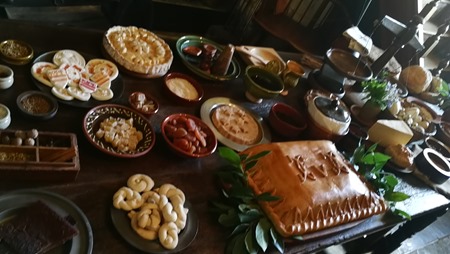 With our walk around the House over, we headed for suitable location for our Picnic. We didn’t have to look far as there were two tables near the entrance complete with plenty of chairs and shaded by two enormous trees… 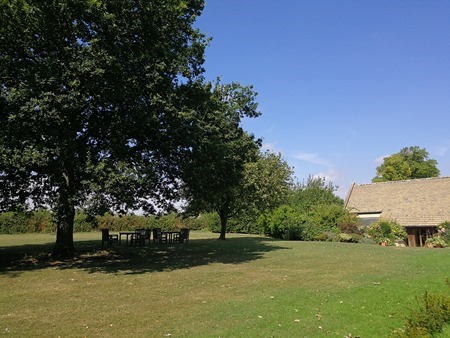 ..and that’s where we stayed for the next ninety-minutes. The Ladies did us proud with the food – and Ian and I fulfilled our duties as ‘Chief Food Tasters’. Not long into the meal, we were joined by the Manor’s resident cat – Thomasina – who also enjoyed a spot of quiche and some ham. Typical cat though: as soon as we packed away the food, and her belly was full, she was off for a spot of sunbathing!

We said our goodbyes and hit the road. A straightforward journey home followed, and we were soon indoors, reflecting on how good the day had been!