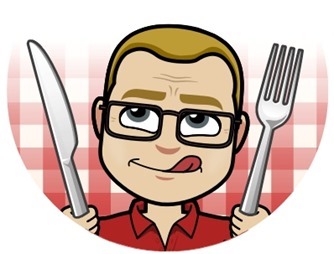 Some of you have asked how I got on, so here’s a short summary. Thanks to all my friends and family – and especially Ann – who helped me out during the period with modified menus and words of encouragement. Manoeuvring around my restrictions must have been a right royal pain in the a***, and I appreciate all the support!

As usual, I began the challenge on the first day of Lent this year – Valentine’s Day – and finished at midnight on Thursday, 29th March (yesterday). Technically, I know, for some, that’s not the complete period of Lent, but it was long enough for me! I also didn’t take Sundays off (many have commented that even official ‘Lentees’ allow this) but where’s the challenge with that?

This year, there were 48 items to try and steer clear of – nothing special about the list, except they are all my favourites, but I’m now running out of ‘faves’ to add – I’ve included ‘Semi-skimmed Milk’, and ‘Salad Cream’ for this year (mainly because in years-gone-by, I seem to get through a lot of both!) 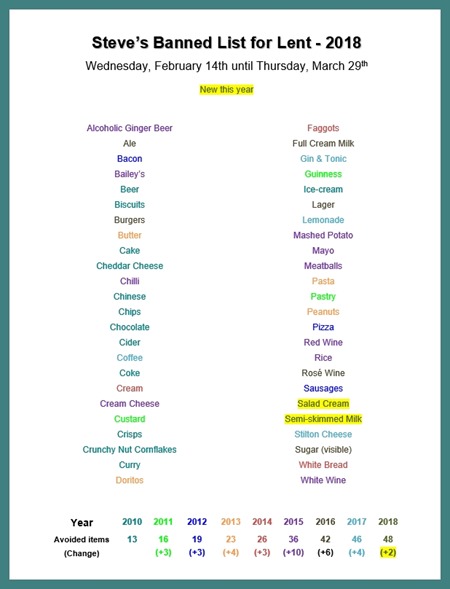 So, I’ve lost some ballast, but it’s the ‘will-power’ thing that’s been the real test for me. As in previous years, the toughest time was at the beginning, where I certainly had more than one attack of the ‘munchies’ between meals. Things got better as the days went on though!

If you’re wondering, out of everything on the list, I think I missed Curry and Chocolate the most!

As has been the ‘tradition’ since I began doing this, I always try and add a few items each year to make things a bit more challenging for next period of Lent – and 2019 will be no different. Although I will say, this is becoming increasingly hard to do, as I’m running out of ‘faves’ to add! So, for the last time, I’m adding just two more for the coming year – and in future years, I’ll stick with (just) a total of 50. 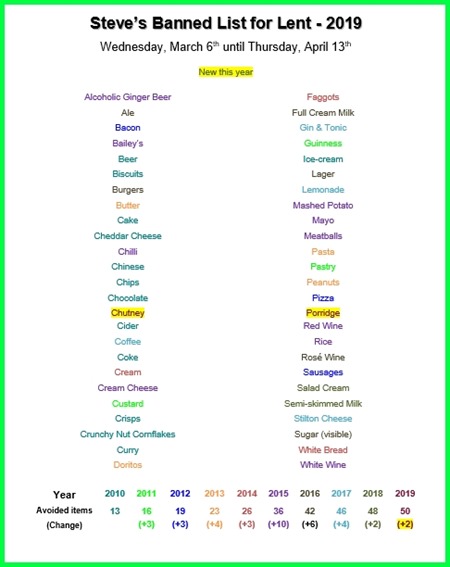 Now it’s back to the Pies (no, not really!, but I am looking out for a chocolate curry at the next opportunity!)