We left home just after 10.30 on Easter Saturday, courtesy of Philip, our Driver (all part of the Emirates service!). It’s been a while since we (well, Philip) tackled the M6, and given that it was a bank holiday weekend, the traffic, although busy, moved along at speed without any hitches. We therefore arrived at Brum Airport in good time – in just over an hour – and were soon checking-in.

This time, we travelled Emirates Business Class, and there has now been a subtle improvement for the Biz-sorts in the short walk towards Security. No more piling-in and queuing with the rest of mankind – instead a dedicated channel/route with an opaque Perspex partition to maintain anonymity! 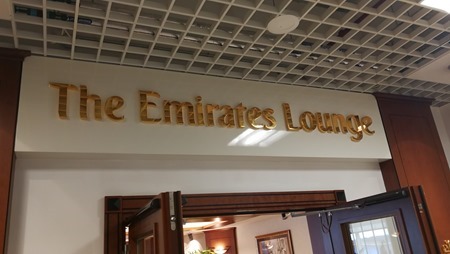 BANG and then down to earth! as all the travelling Classes now converged in one great queue for the ever-popular luggage scanner – and irrespective of the cost of our seats, just like everyone else, it was out with the Laptops, off with the belts & jackets, and onwards towards the body search. Still, it was all very efficient, and we were soon heading for the Emirates’ Business Lounge – with quality and quantity of food & drink from past experience – that would rival most restaurants. 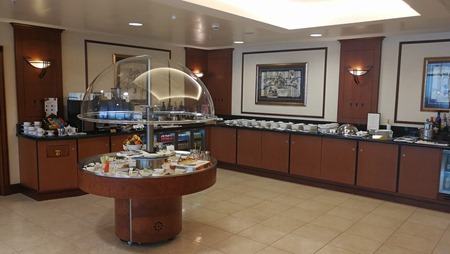 As an ex-Lent Boy, this was worth looking forward to, just as much as the holiday! And it didn’t disappoint! My first Curry in over 50 days… and it tasted SO GOOD! Oh, and so did the free Champagne!! 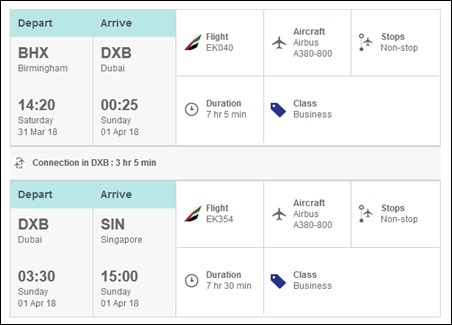 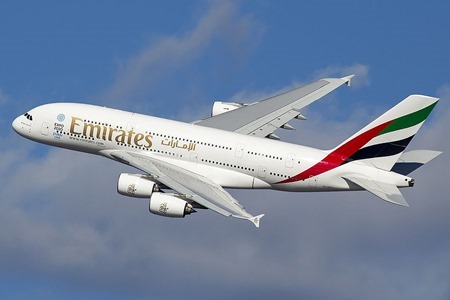 We’re flying in a massive Airbus 380-800 – so ginormous that it’s got two floors and a Bar! And wow, does it feel big! It’s around 40% larger than the next biggest aircraft – the well-known ‘747-800’ Jumbo. And in true Emirates’ style, we were spoiled throughout – no ‘breakfast in a box’ with these guys (Are you listening BA?) – it was wall-to-wall food, drink and entertainment all the way to Dubai with super-comfy seats that converted to beds..

Seven(ish) hours later, we had an opportunity for a leg-stretch at Dubai where we had a three-and-a-half hour pause between plane-changes. Then it was the ‘same again please’ all the way to our destination – Sunny Singapore! 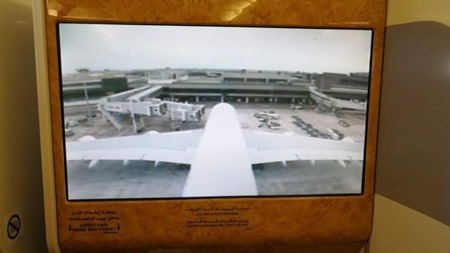 The Airbus has landed!

At just before 3pm (half-an-hour early), we landed at Changi Airport. We were soon through Immigration and looking for our pre-booked Taxi. 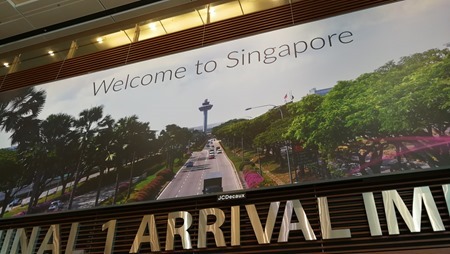 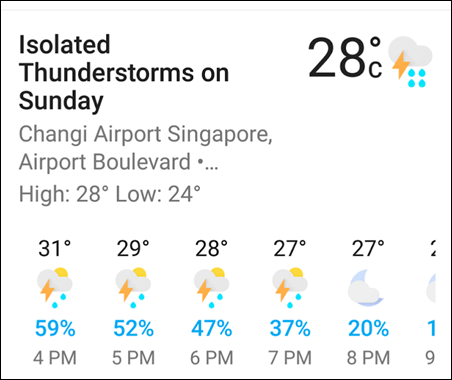 Welcome to Singapore (minus the Sun)!

He took a bit of finding, as Changi seems to be even bigger than when we were last here – and there’s a lot of black Mercs and Audis being used as Taxis out here!! Success followed, and after a twenty-minute taxi-ride, where our driver got to test his wipers on all speeds, we arrived at our base for the next few days – The Marina Mandarin Hotel in Singapore. 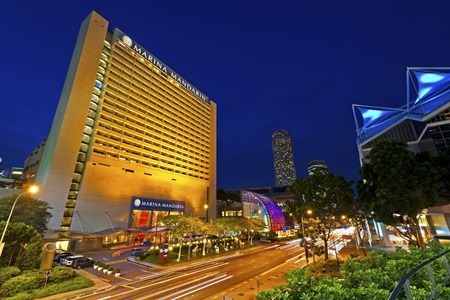 Local time is 4.15pm (Easter Sunday) and we’re feeling not as jet-lagged as we expected. The last time we were in Singapore was back in October 2016 for a short stop-over at the end of our Oz Cruise. It’s still busy-busy, it’s still ridiculously humid, and it’s chucking it down with rain – but it’s a warming 28 degrees and we love this country. 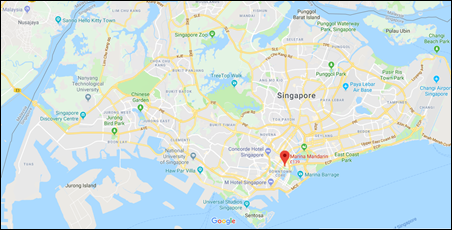 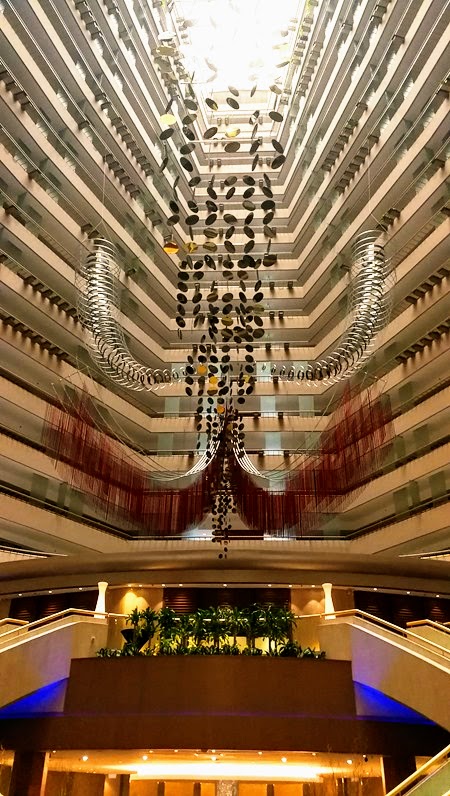 The hotel has one of the largest open Atriums in Southeast Asia, which rises through 21 levels and is enhanced by natural light. Each of the 575 rooms is accessed from the balconies overlooking this architectural feat, and all the rooms have views of the Singapore Harbour and the city skyline.

We’re in Room 1933 with a splendid view of Marina Bay – although the current torrential rain means I’m not taking a photograph of it until things brighten up! 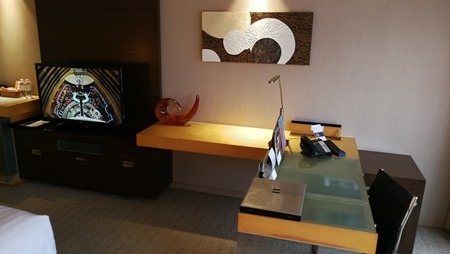 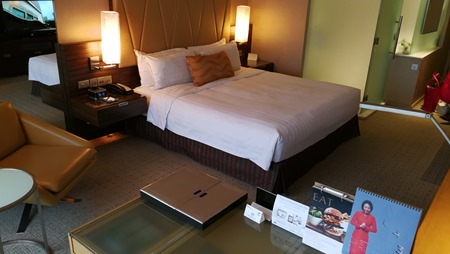 After a bit of essential unpacking, we were out on the town, mooching around, getting our bearings. The long-distance travel soon caught up with us though, and we caved-in relatively early.