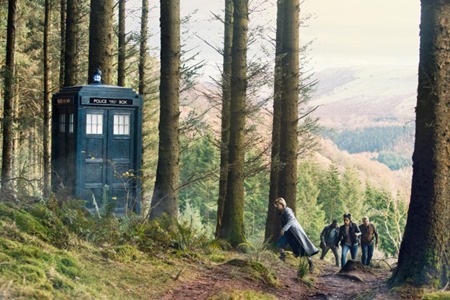 It’s the penultimate episode for Jodie Whittaker’s first season as the Doctor and overall, I’ve been UNDER-whelmed. No-one’s more surprised than me at this, but with  its over-simplified stories and a set of characters that I simply can’t relate to, I’ve struggled to sing its praises. Conversely, most of the Who fan-base, seem to absolutely love this series! Go figure!!

Whilst I recognise that ‘62-year-olds’ aren’t exactly the target audience, I’ve been quite surprised at how much I’ve DIS-liked the majority of episodes, even though the acting itself has been very good. Well, every new Who is allowed a flaky first season, so maybe next year’s will restore my enjoyment! Maybe?!

Spoiler-free reviews of this episode promise much, so here we go, it’s 6.30, and I’m watching it live…

6.34: Lots of tense music… something is about to happen

6.35: A girl in the wardrobe – wearing sunglasses! That was unexpected

6.59: Well I wasn’t expecting that character

7.17: Bit of a lightweight resolution to the plot!

Actually, not a bad story this week, but like so many before it, this one too, all seemed a bit light-weight – and the CGI frog was a real let-down!