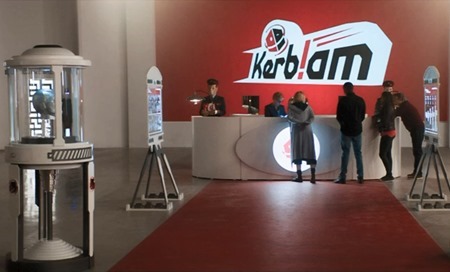 Here we are then! past the half-way mark for this series and we’re into titles with exc!amation marks – surely a slippery slope downwards from here on in!

I tend to prefer the serious Who-storylines and so with the promise of the always-hilarious Lee Mack in the cast, I have a feeling this episode is not going to work for me (still, that’s mostly been the pattern so far anyway with this series, even without any humour!)

6.45: All set, but not a good sign that I missed the earlier start time of 6.30! Still, at least it was on record, so it was just a case of reaching for the Q remote control and a quick fiddle!

6.50: Five minutes in, and against all expectations, I’m liking this story! Although it’s still a fairly simplistic script, if feels very Who – and actually, it’s not a comedic storyline either! I still think there are too many ‘companions’ though, but for the BBC and the bigger picture, it certainly ticks the diversity box.

Ten minutes to go: A good conclusion to this week’s episode, which I didn’t that coming. In spite of a previous Doctor convincing a generation-or-two that statues are something to be scared of, tonight was another everyday item that’s going to give youngsters even more nightmares for years to come! Beware too, the body-count in this episode is abnormally high!

PS Just read that the Who-Rumour-Mill is on overtime: Apparently, Chris Chibnall and Jodie Whittaker are only in it for one more series – and that’ll be broadcast in 2019, not 2020, as originally suggested – it’ll be a shorter number of episodes too! Ooo-err!

And if that’s not enough… apparently there’s NO Christmas Day episode either – shock horror! Instead, it’ll be broadcast on New Year’s Day.