Well that’s a first! Thanks to Sky and their newly launched VIP Programme, we were offered two free tickets to see Darkest Hour A WHOLE WEEK AHEAD of its general release.

The only slight downside was that we had to drive all the way over to Cineworld in Milton Keynes to see it, but it was a small compromise to have to make for this freebie!

The cinema was packed with other Sky VIP customers – around 200 in all. Perhaps the best part was that there were no adverts promoting other films, just straight into the main event on the stroke of 6.30, as listed.

The event attracted all sorts – I think our age made us the minority though! I think a lot of younger people were there simply because it was free! Perhaps, including the young girl next to me who asked: what was the film about? and was it a true story? 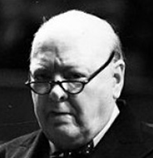 Gary Oldman may not be visually the most obvious choice for the role of Churchill, but apparently, three hours daily in makeup using significant prosthetics, thanks to the expertise of Kazuhiro Tsuji, meant the likeness was uncanny.

Well, what did we think of the film? In a word, ‘SUPERB’. Not only did Gary Oldman LOOK the part, he SOUNDED very ‘Churchillian’ too – a true testament to his acting ability. As usual, I won’t reveal the details of the story here, but suffice to say, it was a very convincing re-creation of a pivotal period in Churchill’s political career. Perhaps the only scene that I think was invented to help with the narrative, was the Tube journey made by Churchill in the penultimate act. That aside, all-in-all, two hours of superb entertainment!

If you’re even only slightly interested in Churchill as the politician, this is a must-see film as it focuses on his UNpopularity – not something that’s often tackled on-screen.