Jo and Janet popped-up for a spot of nosebag and to watch Wonder Woman with us on Sky digital download in the fourth of DC Comic’s Extended Universe movies. Starring ex-Miss Israel and Model, Gil Gadot, she did a great job in the starring role as Diana Prince. 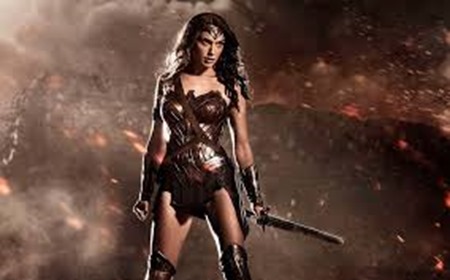 It’s also been one of the only films in recent years where Total Film magazine gave it a full five-stars-out-of-five – so definitely worth a watch! As it turned out, it was very good, and didn’t feel over-long at 2 hours 15 minutes. These days, all the super-hero franchise movies tend to be full of special effects (they are SUPER hero movies after all!) but thankfully, this was quite restrained. Additionally, some great acting, a solid script and, as a bonus, I think Gil Gadot did many of her own stunts!

Perhaps, for me, it wasn’t quite up to the equivalent origin story for Marvel’s Captain America – the First Avenger, but it was pretty close!

Needless to say, the food went down a treat and we were more-than-full by the time the credits rolled!