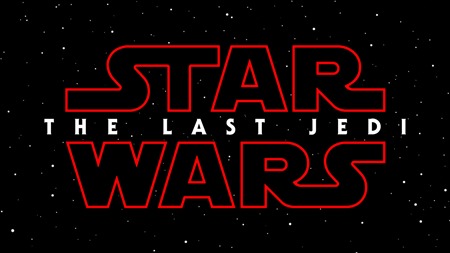 This is spoiler-free, so if you’ve not seen it yet, you can safely read this, and go with unbiased eyes.

Jo managed to bag some tickets for Star Wars: The Last Jedi tonight at the local Odeon. Much has been written about this episode (and no doubt, much WILL be written once it’s left the cinema circuit). Film Critics and fans seem to be divided over whether this was a great film, a good film or just a film! But, hey, what do they know!?

One thing I will say is, it’s LONG – coming in at a whopping, 2 hours 33 minutes! The good news though is, it didn’t feel overlong to me.

Considering the film has been out for a while now, Screen 4 was packed, which surprised us a bit, as I thought it would just be those, like us, who in search of that elusive circular thingy – not got ‘a round tuit’. ☺️
Well, it was certainly a film that entertained, whether you’re a Star Wars super-fan, a casual fan, or just someone just looking for a great sci-fi romp. The opening scene will have you on the edge of your seats – and that’s how the rest of the film played-out – pretty much ‘action all the way’.

It’s got epic battles, more epic battles, plenty of light-sabre action, great SFX… oh, and a story too. What’s not to love?! (although I would say it helps a bit, if you know the back-story to the whole Star Wars saga).

Don’t blink and look out for a much-loved character from previous episodes making a significant – but short – appearance.

Only one disappointment for me – and that was in the opening 30 seconds! Will someone tell LucasFilms how to use an ellipsis! I’m dropping the film a star for that schoolboy error! They got it right in Return of the Jedi, and wrong in every other episode. C’mon, in a proof-reading studio far, far away, who’s not doing their job properly!