Like many Whovians, the start of a new Who series is always something to look forward to – but this time round, more than ever! It’s Peter Capaldi’s final series; there’s a new Companion (didn’t they used to call them ‘Assistants’?) in the shape of ‘Bill’ (newcomer Pearl Mackie) and finally, there has been some big teasers a week-or-so before the series began. This included giving away some interesting clues regarding how this series will pan out with John Simm announcing that he’s returning as The Master.

The previous series – Series 9 – for me, became really irritating with its impenetrable storylines and plots so thick, the series should have been re-titled: ‘In the Thick of It’.

So, it was with quite a bit of trepidation that I watched last night’s premiere. I also took the decision to watch the recording on my own, just in case it was back to the series 9 format where many episodes left me with more questions posed by others here that I couldn’t answer! 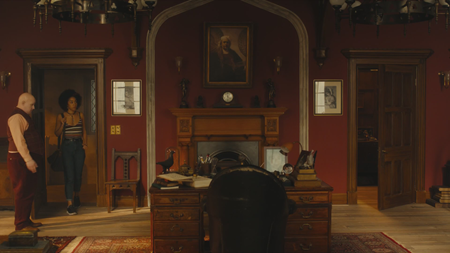 Things didn’t start well for me, where, in one of the opening scenes, we heard the Doctor banging out a tune on his electric guitar (surely one of daftest character developments for the character?!) However, as the story progressed, this first episode started to feel very different – more like a pilot for a new series (hey, wait a minute!) – I even understood the storyline too! For newcomers, it carefully wove in plenty of references to Who-lore (the 1st Doctor’s grandchild, Susan; the meaning of TARDIS; and of course, the whole concept of time-travel). In fact, the whole episode felt more like a typical-Torchwood story (no bad thing in my book!) than more4 recent Who.

Locating the Doctor at the fictitious University St Luke’s in Bristol, as a Lecturer seemed a perfect way to position the lead character and PC has certainly matured into the role – more William Hartnell than Jon Pertwee perhaps. There had been quite a lot of Press about Bill Potts, the new companion, and from the excerpts  I’d seen, she sounded and looked very irritating! (must be my age!!). However, by the time I’d seen the whole episode, her character seemed to dovetail perfectly with the Doctor and it’ll be interesting to see how this develops. 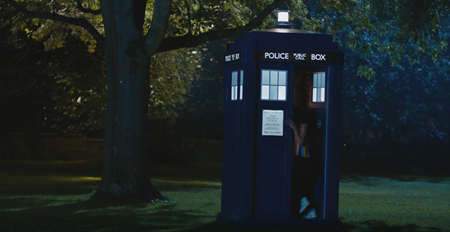 And by the end, it all felt very satisfying and I’m sure, any first-time viewers will have also been caught-up in the whole timey-wimey thing. Well done BBC for restoring my faith in this series – I think I’m a fan again!