We haven’t been to the Derngate since last November when we saw Rob Brydon.

And just like last time we dropped into Pamukkale, the Turkish restaurant, just down the road, before the Show. 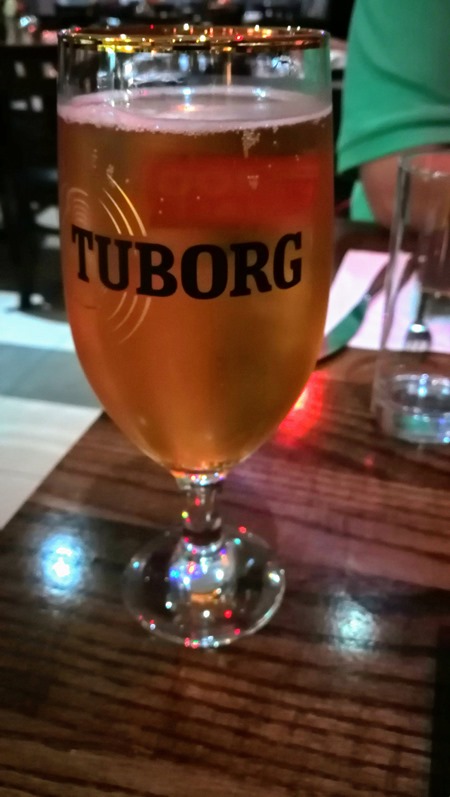 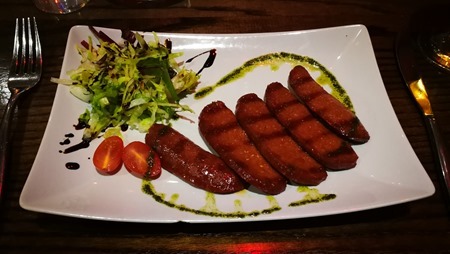 It didn’t disappoint, in lots of ways and also seems to have expanded since we were last there – taking over the space next door. Joining us, were fellow prog-rockers: Chris and Gill and the timings worked perfectly – table for 6.15… leisurely meal.. slow walk back to Theatre… in our seats with 15 minutes to spare.

If you like Turkish and you like generous portions, this is THE place for a pre-theatre feast! Lovely staff too!

On arrival at the Theatre, and after taking our seats in the Upper Circle, we were surprised that it wasn’t fuller! I don’t think I’ve been to one of Rick’s concerts where it wasn’t a sell-out! 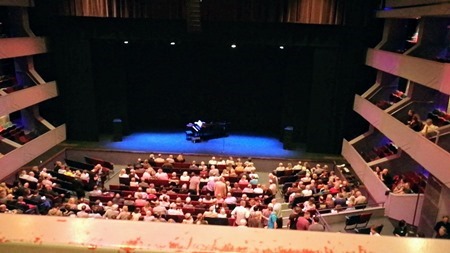 On the stroke of 8, Rick entered Stage Right (looking as scruffy as he always does, but with his signature naughty smile). After playing an initial track (can’t recall the title), he was into his legendary comedic interlude – and within 10 minutes, we were all in stiches!

Since I saw him last (back in 2014), he’s lost none of his keyboard skills. I think every note on that Steinway was used during the just-over-two-hour note-fest, and his playing speed is still as jaw-dropping as ever with no sign of a bum note anywhere! No-one could fail to be impressed by his sheer skills on the piano and he deserves IMHO to be much more in the public-eye than he is. He’s a passionate player and his classical training is strongly in evidence –  but he’s a very versatile player effortlessly switching playing styles in a heartbeat.

If he ever loses his passion for playing, he can always fall back on his skills as a stand-up comedian. The acoustics weren’t brilliant, but it didn’t stop this audience from almost wetting themselves with laughter at every ‘talky-bit’. Funniest moment? His joke about Black Testicles – worth going, just for that!

The show finished around 10.30 and as we said our goodbyes and headed home, we reflected on the performance – as good as ever in our view!