After picking up Jo, Janet & Carol, we headed off to Kilworth House this evening for a spot of nosebag and evening with the Simon & Garfunkel tribute act – Dan Haynes & Pete Richards aka ‘Bookends’.

We haven’t been to Kilworth for over a year – last time was in September 2017, to see Top Hat and of course before that, in December 2011, at the Hotel itself for our pre-Oz Honeymoon. 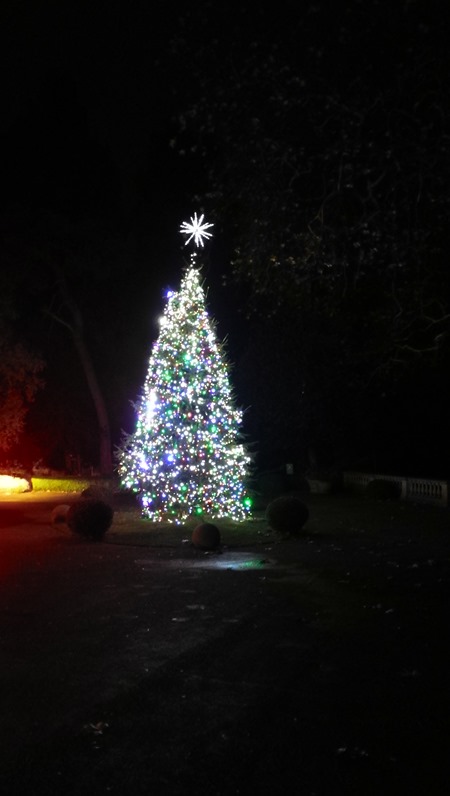 Well, Kilworth’s legendary Christmas ‘decs’ looked fantastic and the event was certainly well supported with around 150 all sitting down to enjoy the pre-event Dinner in the Orangery. Our Table of eight was shared with Paul and his wife Lynda plus their friend (who was seated a bit too far away for me to chat with her much).

Food was well-presented and tasty – and to make the evening’s logistics work, they served Starters and Mains before the event with Desserts and Beverages after the Boys had finished their performance. 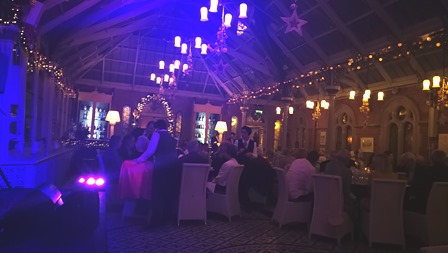 Back to the main event…

After an easy-to-miss low-key stage entrance at just before 9pm, Bookends were straight into their repertoire – and wow!, from the off, they certainly sounded just like Simon & Garfunkel! –  fantastic!! But you didn’t need to have 20/20 vision to spot that they didn’t look like them at all – and they made light of that in their intro (pointing-out their collective lack of hair!) explaining that their focus was on S & G’s music itself. 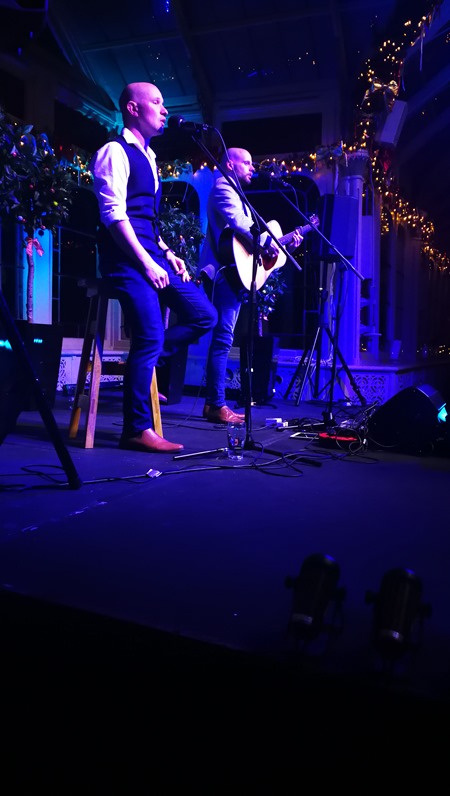 Luckily our Table was closest to the the Boys and we got to enjoy their great sound (with a great view!). I can’t emphasise enough how good the harmonies were and although they’d only been going around seven years, it was a very polished act.

Initially, some of the tunes were unfamiliar, but we were soon into well-known staples such as ‘The Boxer’,’ ‘The Sound of Silence’, ‘Mrs Robinson’ and of course, the piece that everyone was waiting for: ‘Bridge Over Troubled Water’.

[youtube https://www.youtube.com/watch?v=EtZY4wprD3U&w=450&h=253]
After Bookends departure, a lot of people left immediately, but we hung around. In fact, we didn’t leave until just after 11pm. It had been a GREAT show and in spite of the misty/foggy driving conditions, we we were home just before midnight.