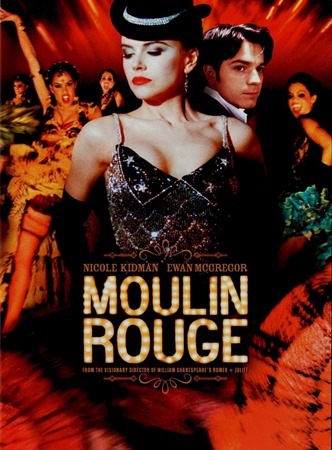 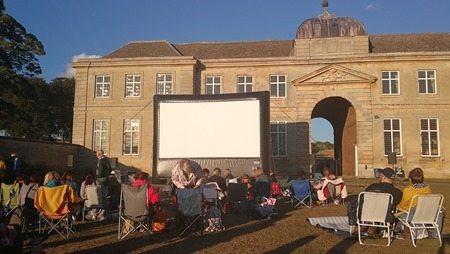 So, here we are again – Boughton House – and what’s become a regular event these past three years: it’s one of LunaFlix’s many outdoor cinema events. Our first visit to this novel form of cinema-going was back in 2016 when we saw Pretty Woman, and in 2017, it was La La Land. This year, it’s 2001’s Moulin Rouge starring Ewan McGregor and Nicole Kidman. 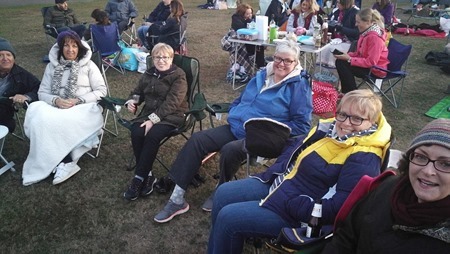 Many of our youthful gang were in attendance – Geoff, Rhonda, Jo, Janet, Carol and Ann. Missing the action this year?  Paul J & Sue and Nicki.

Ironically, in past years, the weather had always been pretty predictable – dry and mild at worst, scorching hot at best. This year was a bit different though! We’d been experiencing super-hot days of late, but yesterday, the weather broke, and it rained for a large part of the day. Our worry for tonight was that the evening may too, turn into a very damp affair! 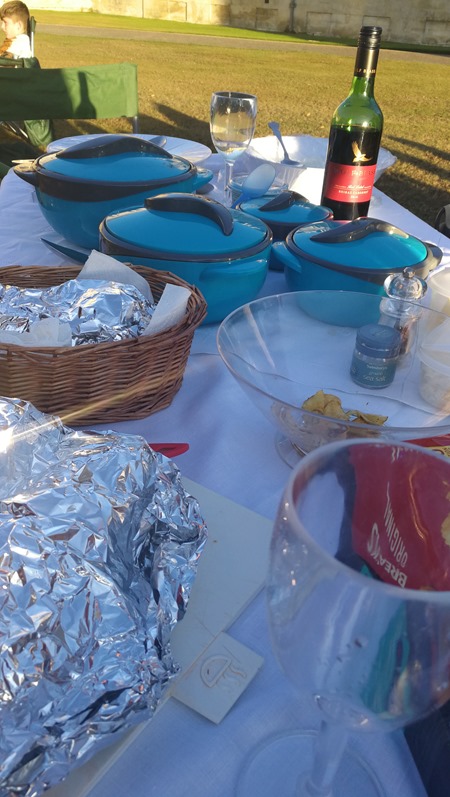 Food-wise, the girls had it covered – a picnic to rival many picnics! Ann had cooked a chilli, whilst Rhonda made us a chicken-and-mango curry with rice (to rival Uncle Ben’s!). Jo, Janet and Carol supplied yummy desserts in the shape of Orange and Passion Flower Cheesecake accompanied by Apple Tart. Suffice to say, there was plenty of liquid in in its numerous variations too! 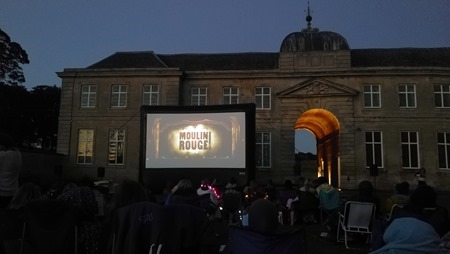 Simon, our host weaved his magic (as he always does) and we enjoyed great sound quality and a pin-sharp picture. The only slight glitch was the picture crapping-out near the end due to the projector overheating. Cue, a mass exodus for many – to the loo!

The weather turned out to be well behaved – by raining in the afternoon, and perfectly dry in the evening (but it did get very cold about an hour into the film), but we were all well prepared for that!

At 9.15, the film began. We’d first seen it back when it was first released, and tonight, after the first 3o minutes, we were both reminded how much we enjoyed it. After a slightly noisy opening scene, it settled down into a musical love story. You know the type: Boy meets girl… boy loses girl… boy types a lot… boy competes with another boy… Girl wishes she had medical insurance. Bring the tissues!

Probably the stand-out memory was Ewan McGregor and Nicole Kidman’s singing voices. They were so confident and tuneful, I had to check online to remind myself whether they had vocal-doubles! Well, co-star Jim Broadbent certainly had help, but it turned out that the two leads just practised hard – and the results were much, much better than we expected!

Check out Ewan McGregor’s version of Elton John’s Your Song HERE, or try the video below (Better than the original!!! Sorry, Elton!)

…and Nicole Kidman’s duet: Come What May HERE

As the final credits rolled close to 11.15, Simon thanked us all for coming, we then packed up bits-and-bobs and headed for our cars, and in our case, the heated seats!

All-in-all, it had been a fantastic evening and we’re planning to do it all again next year.