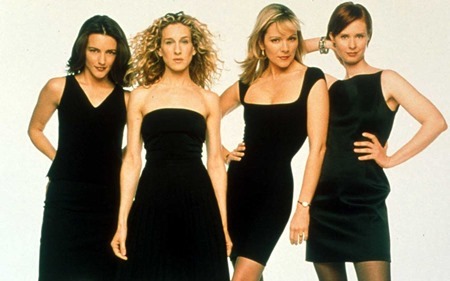 They say you always remember your first time!

Mine was on the road between Catford and Lewisham back in the late 70s at 10.47 – a Sunday I think – and it was over in a flash. Dad was horrified, Mum was angry mortified – and I was very embarrassed having been caught in the act. And silly me, for not using any protection!

Now I know what your thinking, but at the time, getting nicked for speeding was a relatively novel event, and the protection of a camera detector was financially out-of-reach for me back then. I must have needed specs, even back then at the tender age of 22, because PC Dixon was so obvious standing at the side of the road with his speed gun!

I don’t mind saying that after being pulled over by the ‘boys-in-blue’ (there were no girls-in-blue in police cars during the late 70s) for doing 52 in a 30, I spent the 29.9 mph return journey home see-sawing between emotions. Emotions of fear (how to tell Mum and Dad) and surprise (that my highly customised first car – an already ageing bright red 848cc mini-van was actually capable of going that fast!).

Fast-forward (sorry, controlled acceleration-forward) 40+ years, and the more things change, the more they stay the same. After a points-free Licence since May 22, 2011, I’d always planned to keep it that way – but Fate had other plans!

I was caught doing 46 in a 40 last December not by one of these new-fangled SPECS (average) speed cameras, but a fixed one in my old stomping-ground – the city of Peterborough.

Ahh, so that’s where the Blog Title came from!

Back to the story! Luckily, I could still remain points-free courtesy of a ‘Speed Awareness Course’. I hadn’t realised that these sort of Courses were such a regular event. When I was sent the list of venues and dates, there was more-or-less two-per-day for the foreseeable future – clearly a popular alternative to three points then!

So, I arrived at the Marriott Hotel in Northampton just after 8am today, and the class was already filling up for the 8.30 kick-off! We were introduced to our Trainers-for-the-day – Stuart and David – and made to feel very welcome. On the stroke of 8.30, the class was full and the 30-or-so of us were probably all thinking the same as me: “What’s today going to be like?”

Well, I’m pleased to say (having spent quite a few years ‘up-front’ as a Trainer) that it was a thoroughly well-run and educational event. Rapport was quickly built with the group – not easy when it’s mandatory… on a Saturday morning… at 8.30! Both Stuart and David treated us like adults (not like naughty children) and quickly tapped in to our driving experience. It certainly was NOT death-by-PowerPoint, instead, we had quite a few individual and group exercises to build on our experiences and help us to improve our driving skills.

The days when these sort of events relied on shock tactics showing mangled cars and mangled people, thankfully, were a thing of the past.

We were offered plenty of ‘tips and tricks’ to help us become more aware of the surroundings when we are driving, and I guess that’s the point of all of this.

Having been behind the wheel since I was 18, I wasn’t sure I was going to learn anything – but I did! And I really do think it will help to calm that lead right foot of mine!