Well, here we are, 100 miles north of yesterday’s soggy visit to Juneau, the capital – we’re now in Skagway, home to just 1000 locals.

This town sees almost a million visitors a year and became the largest city in Alaska once gold had been discovered in the Yukon back in the 1890s.

7am: History lesson over as the Ship announced that we’d been cleared and passengers were therefore free to leave the Ship. Reading the Ship’s blurb revealed that the major local attractions include posing for a photo with a husky, a visit to the Red Onion Saloon to meet the brothel madams and/or sampling the local Alaskan Amber beer – decision decisions! (especially if you don’t like dogs nor broth!)

Weather-wise, things are looking better than yesterday – it’s certainly DRY (which makes a pleasant change for these parts) and it’s a popular destination for the cruise industry with three other ships joining us to boost the town’s economy! 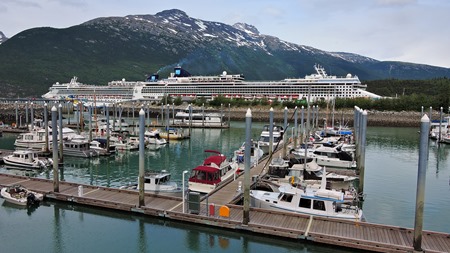 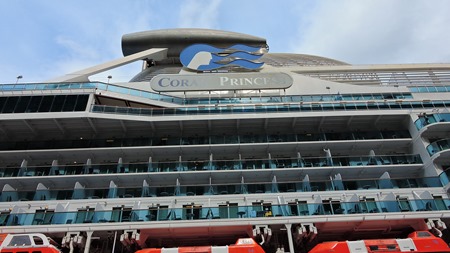 After breakfast in the Troughery Café (strangely, almost completely deserted today!) we dressed appropriately for the location (jumpers and top coats!) and headed off along the short walk into town. 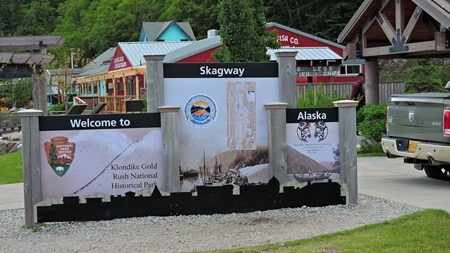 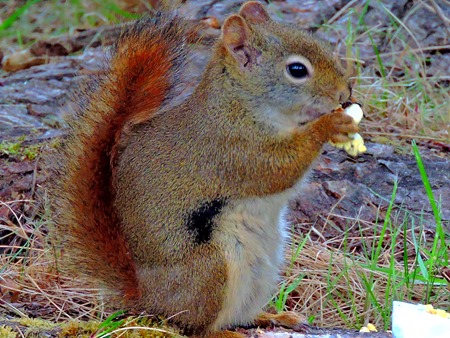 Well, what a pleasant surprise! Plenty of wildlife about (thankfully, the smaller variety) and it was DRY too, almost no breeze and a very pleasant temperature. In fact, I probably could have left my top-coat behind – and that’s the first time during this Cruise I’ve been able to say that!! 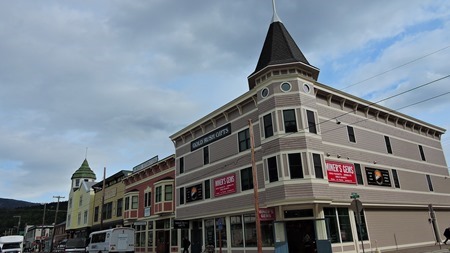 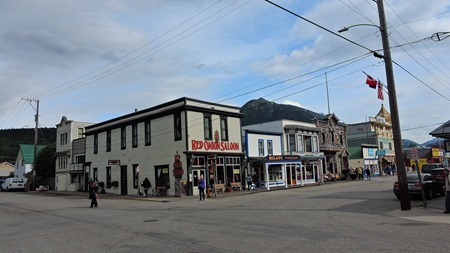 Maybe the kinder weather helped, but on arrival in the town, it all looked amazing! The whole of it had been tastefully re-created to look like a frontier town with every shop looking ‘just right’… 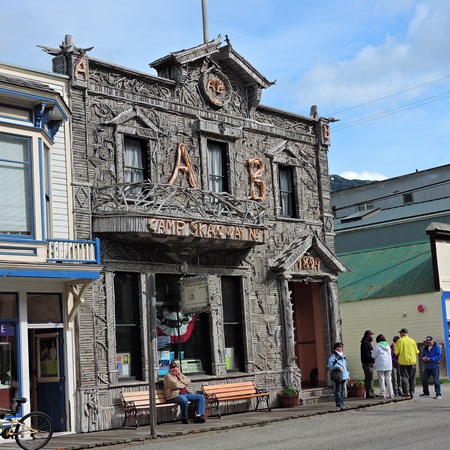 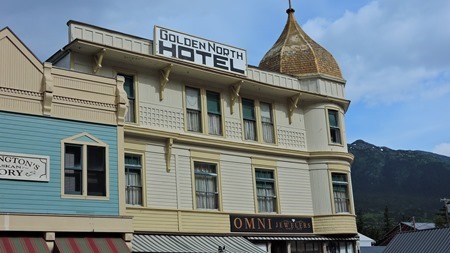 …even the pavement, sidewalk had been crafted out of wood the whole length and breadth of the town… 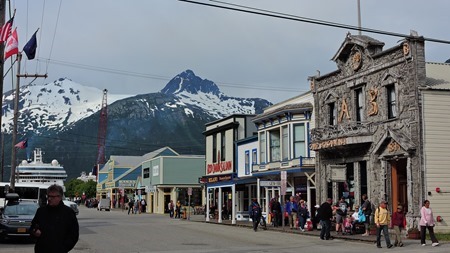 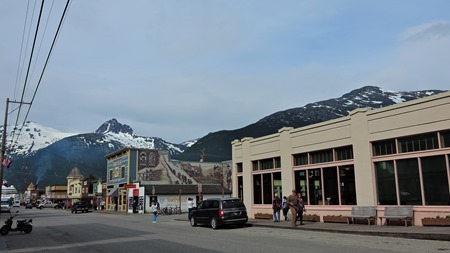 …and it was all spotlessly clean too… 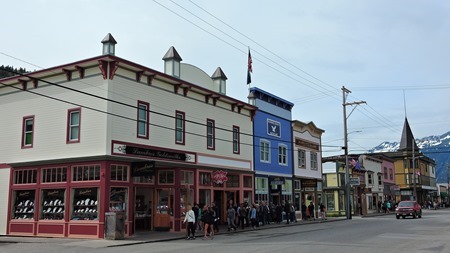 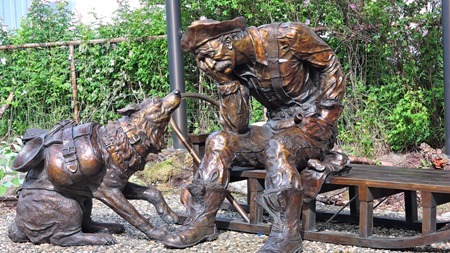 …the overall impression made us think this was probably our fave stop so far in Alaska. 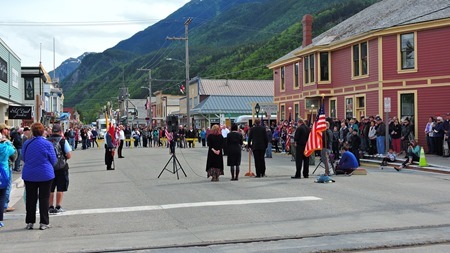 Say what you will of Americans in general, but you could never accuse them of not being patriotic! At one end of town a small group of the townsfolks had gathered carrying American flags. It turned out that today was  America’s National Flag Day – and Skagway was taking it very seriously! It started with a reading, then a presentation of US flags through the ages, followed by a tasteful rendition of ‘The Star Spangled Banner’ sung by a local (with every American spectators standing bolt upright with hands on their hearts). A very tasteful and very moving experience! 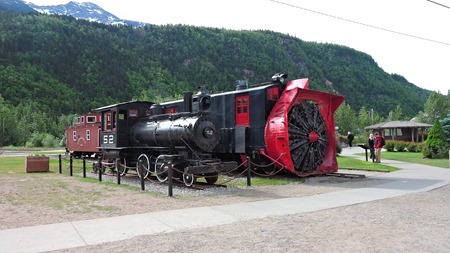 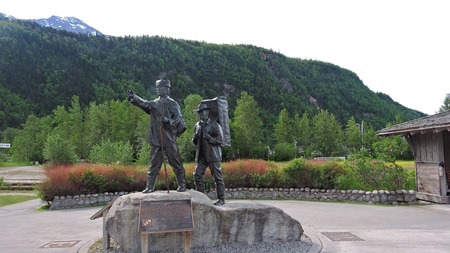 The temperature now was up to a staggering 14 degrees and it was still dry. To avoid heatstroke and now having covered 95% of the town, we took the slow walk back to the Ship reflecting on our experience here.

Wow! Today was impressive in lots of ways. The weather and the town of Skagway (which in our view was prettier, cleaner and generally more enjoyable than the capital Juneau) all combined to make this the best Port so far.

But, to bring us back down with a bang, after only being back on the Ship for about 30 minutes, it started to rain, and it continued like it until we sailed at 3.30 would you believe it!!! soon after, out came the Sun, and it turned into glorious sailing weather for the rest of the day! 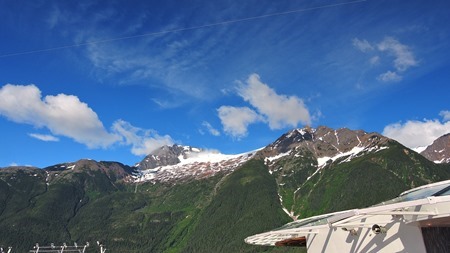 It’s our last full-day tomorrow and we heading for the Hubbard Glacier. Then, we’re heading for the final part of our break with a coach trip to Anchorage and then a flight back to Vancouver where we’re picking up a car to drive the 70-or-so miles to Whistler for a four-night stay.