We headed for Winchester today courtesy of Ann’s friend Nicki  – and her gift of a hotel voucher. The route there just happened to take us in the direction of the Bombay Sapphire Distillery at Laverstoke Mill (with its own fascinating history). 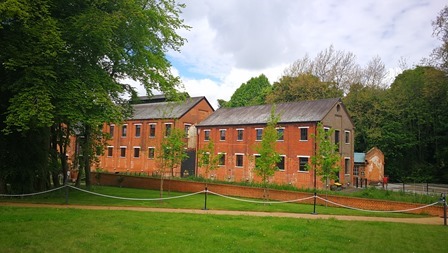 We set off around 9am and pulled into the car-park at Laverstoke Mill just before 11.15 after an entertaining ‘final few miles’ courtesy of our imaginative sat-nav! (even Google Maps wanted to take us via a single-track road!). No matter, we were soon inside the building getting our briefing about the layout of the Distillery and how the Tour would be conducted. It was a popular place: the tour before us had around 20 people on it, and ours, at 11.30, was similarly populated. Home of the Botanicals

First stop was the two ‘greenhouses’ home to the rather varied range of BS’s botanicals, then it was on to the room where visitors could sniff many of the ingredients and choose their favourites. This would lead to a free cocktail at the end of the Tour based on what we’d marked as our ‘sniffed preferences’. 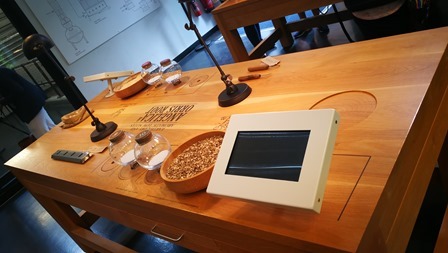 After literally ‘marking our cards’ with our faves, it was the serious bit next: a guided tour around the machinery that produces the Gin. No photographs allowed, but you can imagine the size of the Stills – and there was more than one! During the Tour, we got the chance for another sniffing opportunity:  the leftover botanicals from last night’s ‘brew’. And for the brave, the chance to also sample double-strength Bombay Sapphire. The last part certainly wasn’t for the faint-hearted as it was certainly strong (and to me, at least) tasted closer to Surgical Spirit. My guess is that in the Winter, none of the staff here need worry about anti-freeze for their cars! 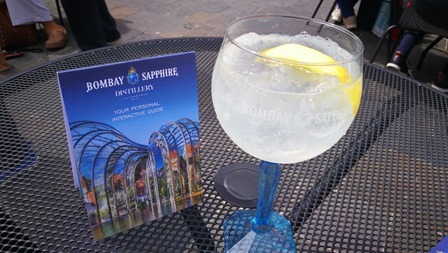 Our final stop was the Bar where we handed over our cards in exchange for our preferred cocktail. Whilst Ann opted for the non-alcoholic option, my sniffing-faves had suggested a ‘Collins’ – a sort of standard G&T but without the ‘t’ – with soda water instead! 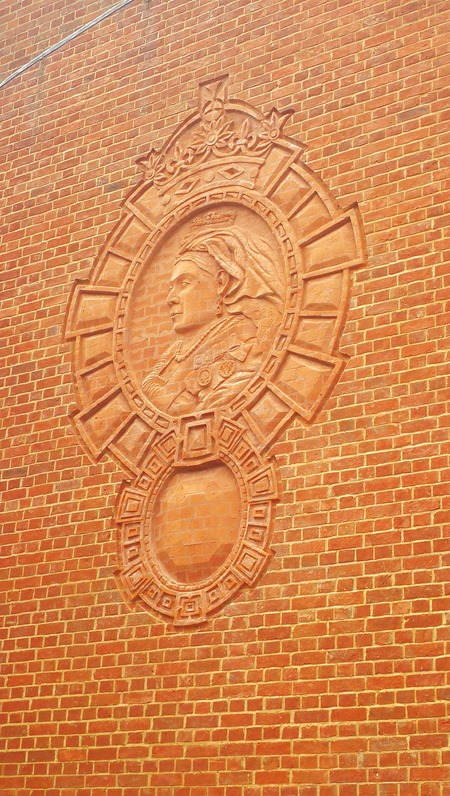 The View from the other Side of the Gin Glass

And then it was all over, and so just before 1pm, we said farewell to ‘Victoria’ and headed back to the car fort our final destination for today: Winchester Town. 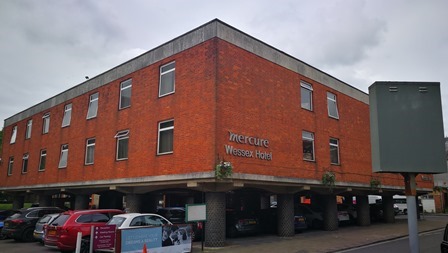 Is that Tom Cruise…?

Forty-minutes later, we had arrived and the first task was attempting to find a parking space in the Wessex’s Hotel’s car park – our bed for the night (the Hotel, not the car-park). After just five-minutes, it became clear that parking was the biggest challenge of our day, as it looked like the whole of Hampshire has squeezed itself into spaces designed for around 50! And with the sound of the theme from Mission Impossible ringing in our ears, we headed for the public car-park opposite. Luckily we found a spot really quickly, and after leaving the car, we looked for somewhere to eat.

We stumbled across ‘The Stable’ in The Square. It was moderately busy and the menu looked interesting – a wide range of pizzas and other dishes together with an impressive range of ciders. 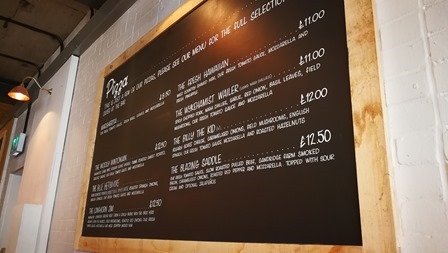 Whilst Ann opted for the more moderate roast chicken wrap, I was tempted by The Blazing Saddle Pizza (a tasty blend of beef, bacon, peppers,onions, tomatoes, mozzarella with optional soured cream and a generous helping of jalapenos – and I do mean generous!). The service was pretty efficient and we were soon tucking into lunch. Did I mention the generous helping of jalapenos?! PHEW! Boy! this place was impressive. There was so much to see inside, it was a distinct advantage that it wasn’t too busy! 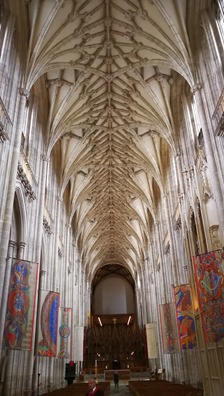 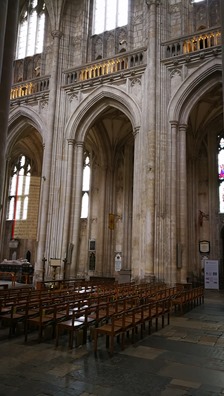 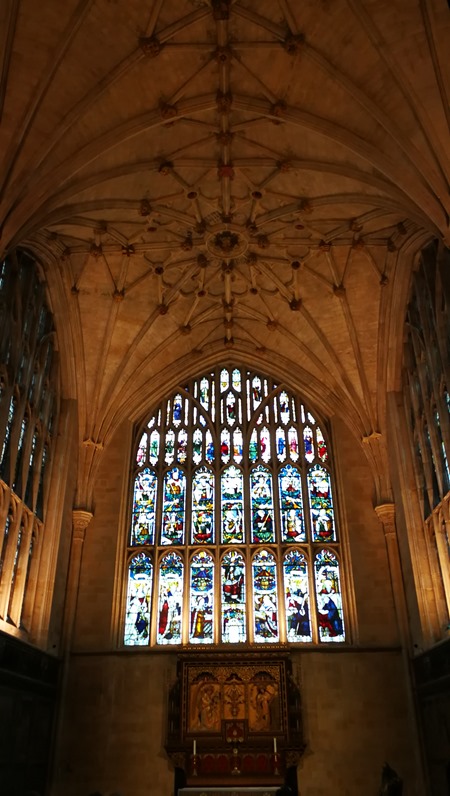 Then it was off for a mooch around the shops, just as the rain started, so after a quick wander round, we headed back to the Hotel. As we arrived, I spotted a solitary parking space in the hotel’s car-park. It was a bit fiddly manoeuvering the car into the space, and I’m not sure how we’ll get it out in the morning – but at least the parking was now free!

We quickly unpacked and then booked a table at The Chesil Rectory for tonight at 6.30. 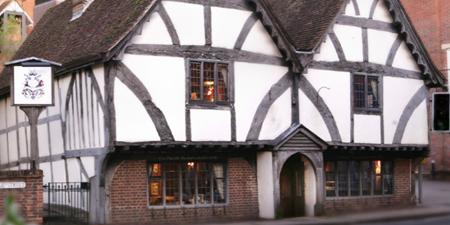 As we left the Hotel for the ten-minute walk to Dinner, I spotted a much more accessible parking space and with the aid of a tin opener, I squeezed the car out of its original position. Perfect timing as the heavens opened and the music of Lalo Schifrin (???) was replaced The Eurythmics’ famous single! (???) Boy, did it chuck it down!!

Still, the journey was worth it! The restaurant was an intimate affair with very attentive staff together with an imaginative menu. Apparently, it’s the oldest working establishment in Winchester. We enjoyed every mouthful and an inspired choice by Ann. 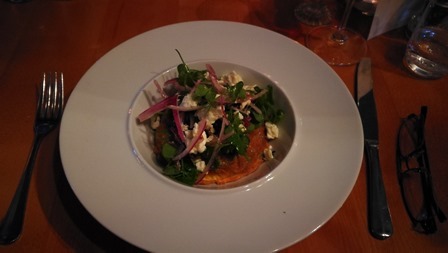 On leaving, I think we both agreed we’d eaten far too much today, but the walk back (even though it was STILL raining) was very welcome!

Thanks for the hotel voucher Nicki – we’ve had a great time!!!

We leave Winchester tomorrow heading for the Beaulieu Motor Museum.