Well, not quite 24 hours, but almost!

I wasn’t expecting to post again until we got to Whistler, but the weather and various locations along the way today made it a great opportunity for some extra photos.

We got off the Ship in record time for exiting a Cruise and were soon sitting in the Coach waiting for it to depart for Anchorage. We’re stopping-over for just one night there before getting the plane to Vancouver tomorrow (then driving to Whistler).

Looking out of the window of the Coach revealed a gorgeous day in the making – probably one of the best days so far and certainly much warmer than yesterday’s visit to the Hubbard Glacier. 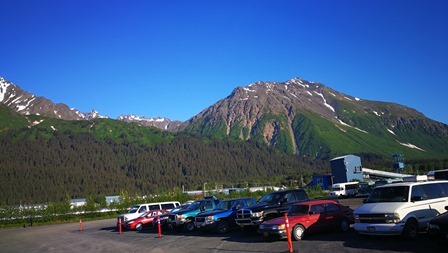 In fact, it probably would have been nice to stay in Seward, but we’re on a schedule (Oh the pressure!)

For the next three-and-a-half hours we’re on the road heading for Anchorage. I’m not a great fan of long coach journeys, but actually, this one turned out to be very comfy and VERY educational (thanks to Driver, Stefan and Tour Guide, Eliza). We also stopped off at the Alaska Wildlife Conservation Center on the way, where they take-in threatened animals and nurse them back to health. 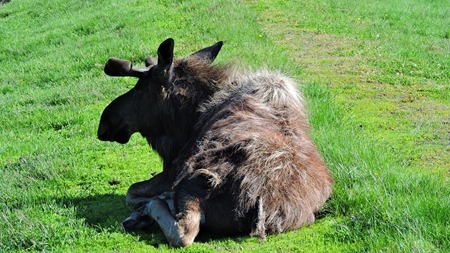 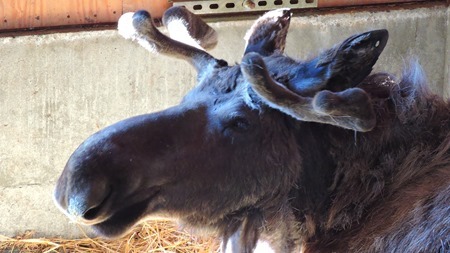 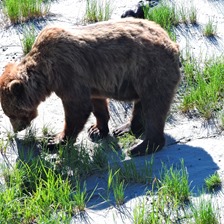 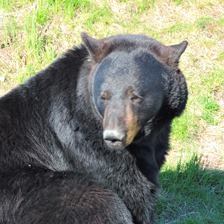 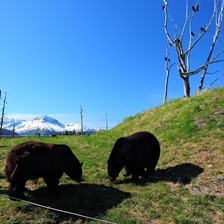 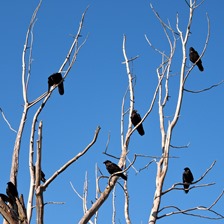 Wow! That’s the closest I’ve ever been to a REAL Moose (apart from the dessert-type on the Ship) and Bears too! Brilliant, just brilliant!!

After a thorough, but brief look round, it was back on the Coach for the final sixty-minute leg of the journey that would see us dropped right outside our hotel – the Hilton, Anchorage.

It’s not the prettiest of hotels, but it’s somewhere to rest before we fly tomorrow. With limited time available, we took a walk around the town attempting to find something to see & do and a restaurant to eat in later on. The first part was easy – we headed for the City’s Museum. The sun was still shining and the temperature was up to a very comfortable 16 degrees. 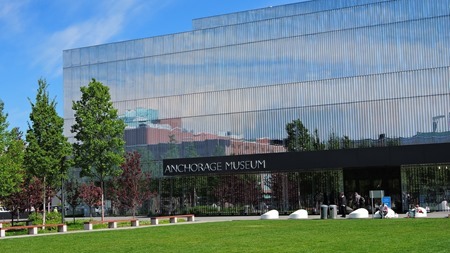 It didn’t look much from the outside, but once through the doors, ‘Tardis-like’ sprang to mind. It was massive! It’s the only place I’ve ever visited, anywhere in the world, where there was a 65” TV…. inside the lift!

…and there was plenty to see in the Museum too! From the hands-on scientific stuff to some very interesting and tasteful exhibits about the native North Americans – the Inuit people. 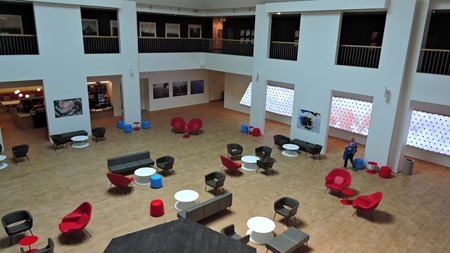 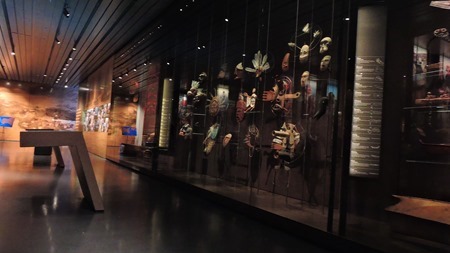 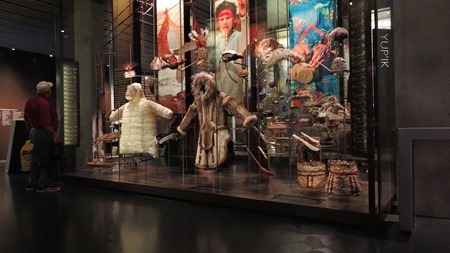 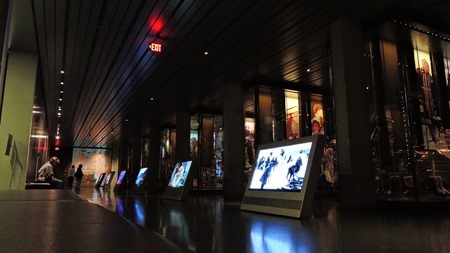 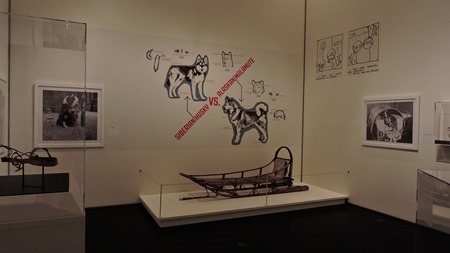 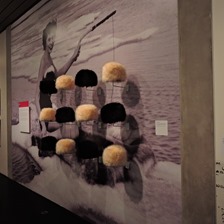 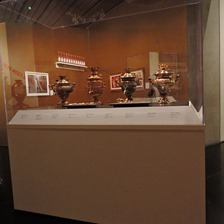 Very impressive! From there, we took a slow walk back towards base, attempting to find the bus-stop that we need to get us to the Airport tomorrow… 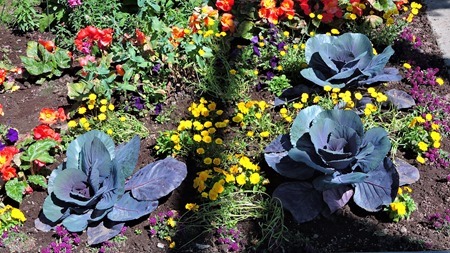 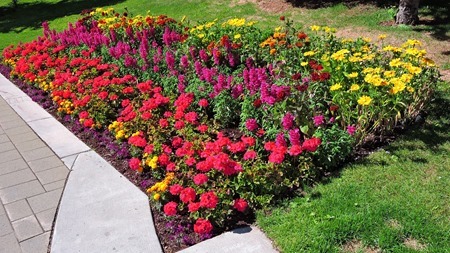 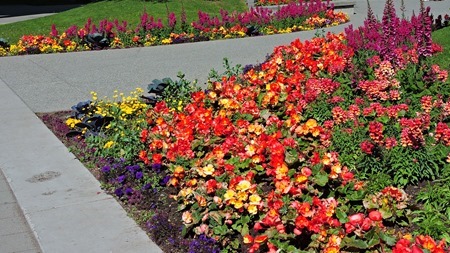 …mission accomplished (partly) as we found the bus-stop but we decided that it was a bit too much of a yomp from the hotel – so we took photos of the local flowers instead!

Finding somewhere to eat tonight was strangely even more challenging! There didn’t seem to be a single area where all the food places were (or, if there were, we couldn’t find it!). Quite by chance, and after a frustrating search, we stumbled across Fat Ptarmigan (only because it was that or the local VERY NOISY Hard Rock Café) for our meal tonight. It’s not a chain, so I wonder what the place will be like!!??

We needn’t have worried – the food (and service) was excellent. Spicy Reindeer Pizza for me and Blackened Chicken Pizza for Ann, all finished off with a shared Pecan Pie. 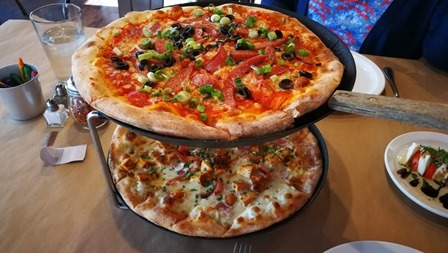 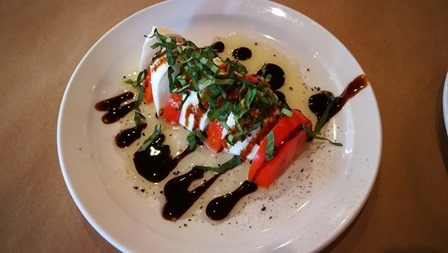 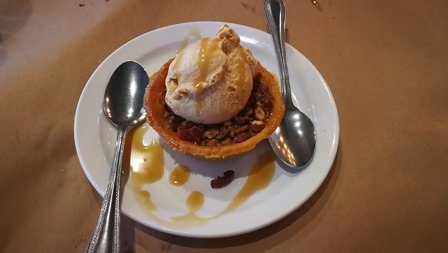 It was a very pleasant walk back to the Hotel where the temperature at 7.15pm was now up to a breeze-free but comfortable 20 degrees.