Chris and Gill parked at ours and we all made our way to Wimpole Hall. We haven’t been there since June 2011, when we went with Lee and Nicki. 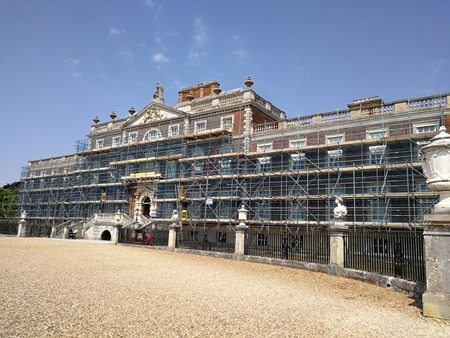 Today’s visit was our ‘Plan B’ – Plan A was originally to visit somewhere for a picnic, but the weather this week has been so hot outside, we decided against it – I don’t cope too well with very hot weather and Chris is much the same. Quite ironic (and maybe satisfying) then, that it rained overnight – the first significant amount for quite a few weeks!! 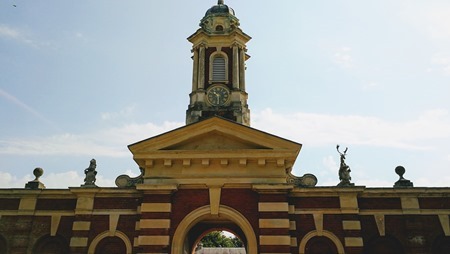 Chris acted as Chauffeur and in under an hour we’d arrived. Parking was fairly straightforward with a new-fangled QR Code system to allow NT members to park for free. Once through the archway, first-stop was the rather small café. We bagged a seat outside, but in a shady location! Twenty-five minutes later, and suitably refreshed, it was then off to our first call – the Home Farm. I actually don’t remember much about this from our previous visits – thus disproving the theory that smell can invoke past memories associated with a particular smell. Boy, was it ‘farmyardy’! Yuk! 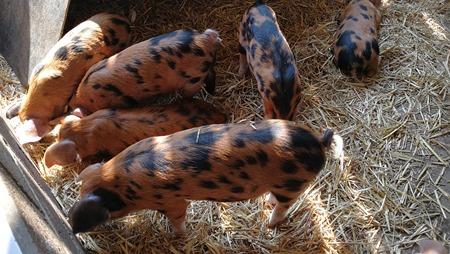 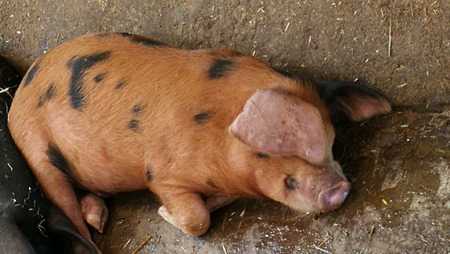 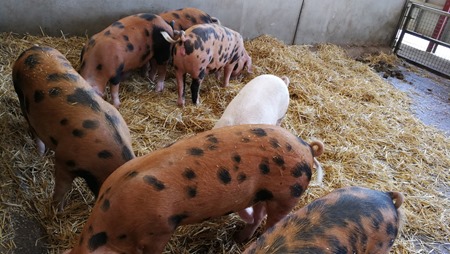 In spite of the smell, it was hard not to say: “Ahhhh…” when seeing the Piglets – such pretty beasts! 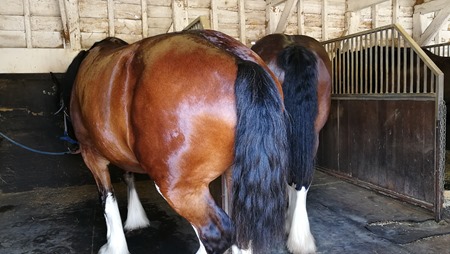 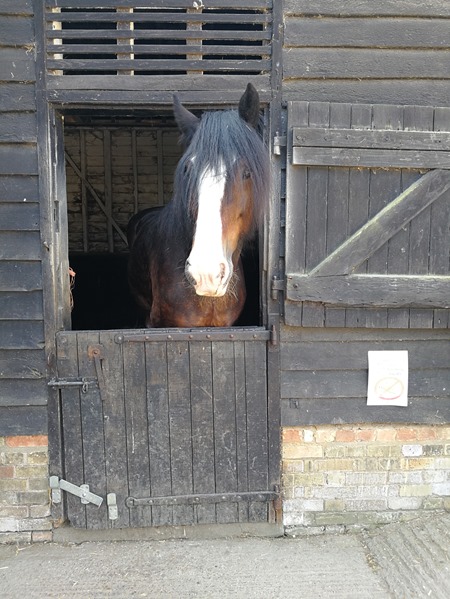 Next stop was the Horses. We even timed it perfectly for the ‘daily horse wash’ by the Staff. This was a tricky activity with a feisty Horse, determined to remain a ‘free spirit’ – top marks then to the two staff who made it look pretty straightforward. 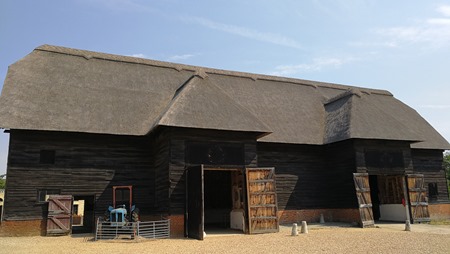 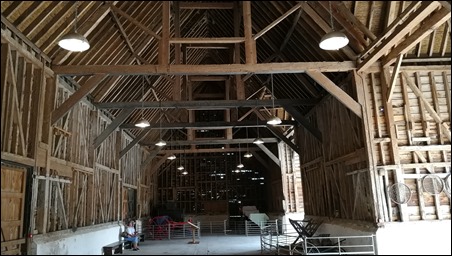 Then in a break from animal-watching, we then took some time to study the Barn. An amazing wooden structure that re-defined ‘large’!

Next, it was time for the ‘main attraction’ – the House itself. Again, I don’t recall much from previous visits, but there was plenty to see (and luckily, there was no overriding smell!) 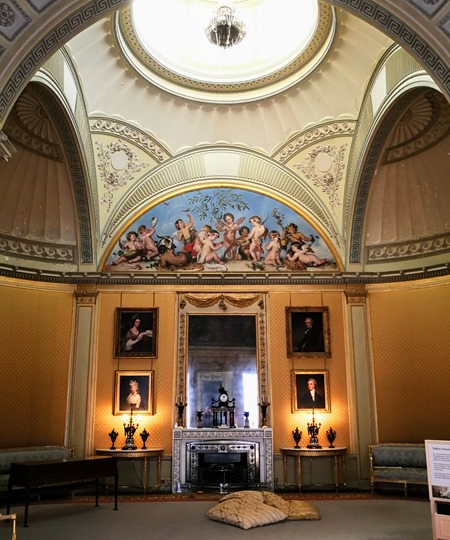 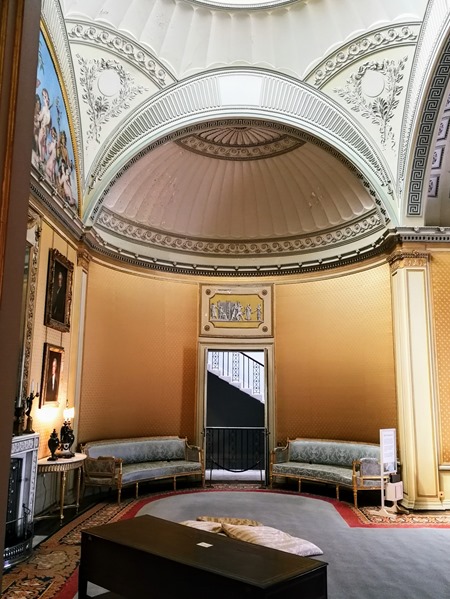 …all rather splendid without being too OTT! 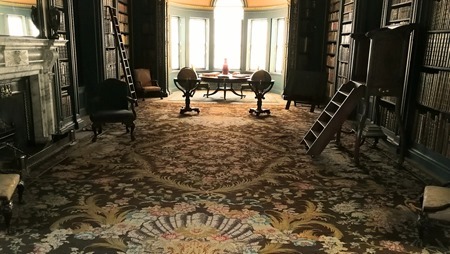 …including a massive Library… 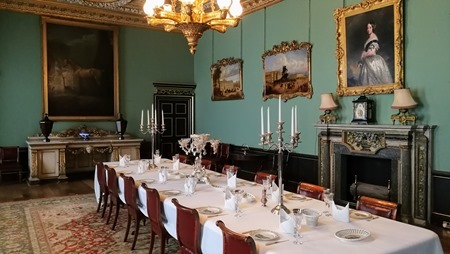 …and an impressive Dining Room… 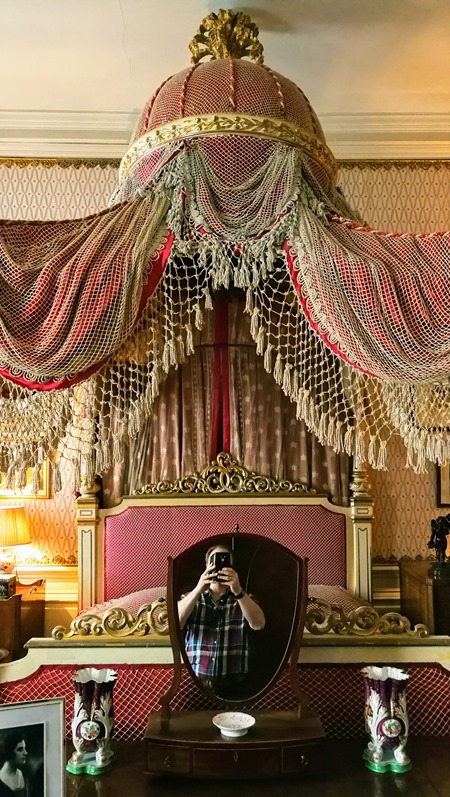 OK, the bed was a bit over-the-top! 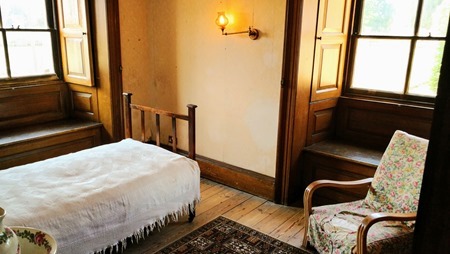 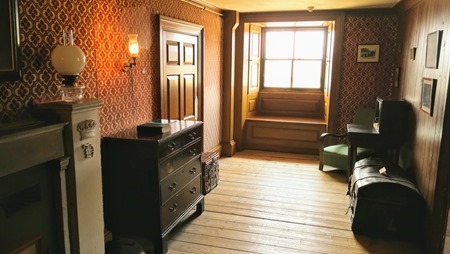 …Some of the rooms were quite modest though… 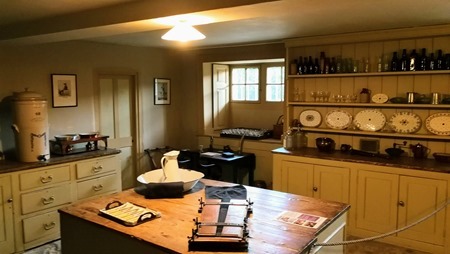 …and the Kitchen looked practical… 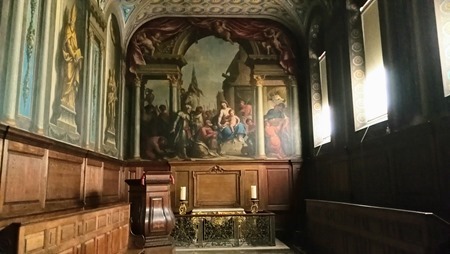 But every home should have its own Chapel!

Then it was off for a walk round the Gardens. Actually, it was too hot for Chris and me (now around 30 degrees), so we sat in the shade whilst the Girls explored further! 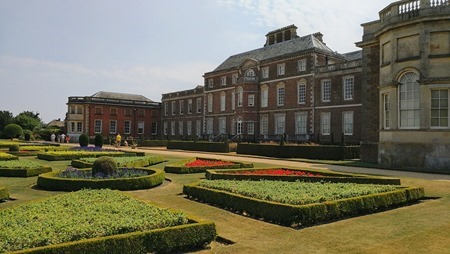 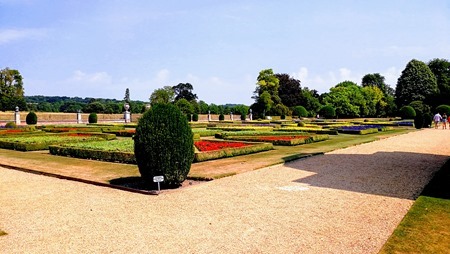 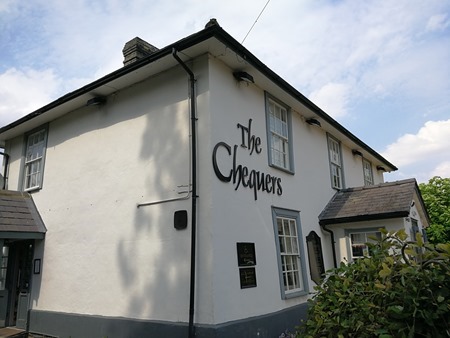 …The Chequers Pub in nearby Orwell… 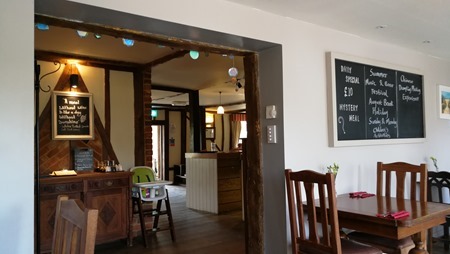 After ordering our drinks, we headed for the Restaurant… 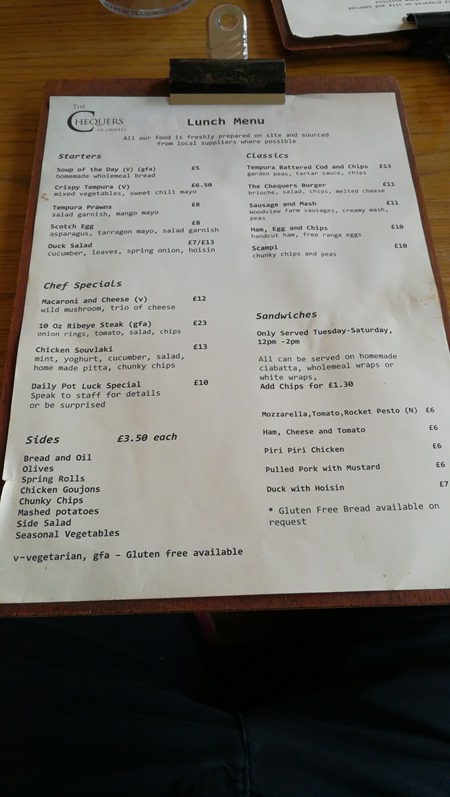 …were quickly seated and presented with the Menu. It was simple fare, but it turned out to be super-tasty. I did feel a bit guilty about possibly eating some of the piglets relations from earlier (but not too much!) 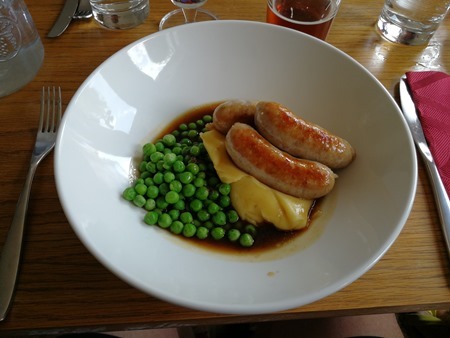 …where I opted for the Sausages and Mash!

Ninety minutes later, we were stuffed, and we headed home. By now the temperature was up to 32 degrees and we were glad of the AC in the car! Our journey wasn’t quite as trouble-free as the one going, with typical Friday-traffic clogging up the roads. We got home around 4.15, had a bit of a natter and then Chris and Gill said their goodbyes – until the next time!

A great day and nice to see a bit more of Wimpole Hall. Hopefully, I’ll recall a bit more next time we visit!