Time for a bit of education today and to catch-up too with a good friend from my work-days!

Stuart and I collaborated on quite a few video projects ‘back-in-the-day’ and we always had a lot in common – more especially our love for anything Gerry Anderson!

Today, was our mutual love for anything to do with the World Wars and so I caught the train from Bedford and met Stuart at the Imperial War Museum. I never been here, so I wasn’t sure what to expect. I arrived just before 11am, but Stuart’s train was delayed, and he didn’t arrived until around 11.15. 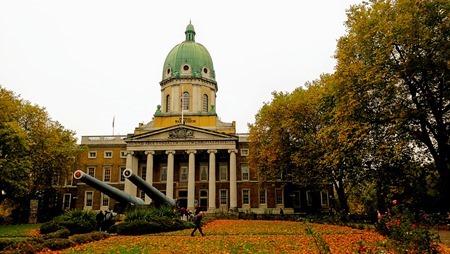 …and boy, was the Museum busy! Maybe it was something to do with half-term, and it was packed! We had a good look round all the floors. For us, the displays on the lower floors were all just a bit ‘average’, although upstairs, there was a great display all about Military Intelligence (‘5’ and ‘6’ as well as the SOE) – ‘The Secret War’. There was also a very moving exhibit about the Holocaust and a great illustration of how wicked Man can be in the pursuit of so-called ‘perfection’.

With the Museum sorted, next stop was lunch at a Pub – and we found The Three Stags just down the road. This too was packed with sprogs (much to the angst of the various waiting staff), but we were served fairly quickly – and with a smile too! 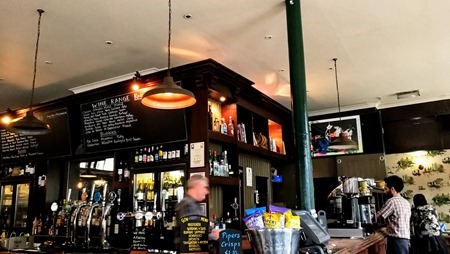 With lunch over, Stuart and I walked down to Lambeth North and travelled one stop down to Waterloo, where Stuart got off for his train, whilst I stayed on until Oxford Circus and jumped on the Victoria Line back to St Pancras International. I caught the 15.06 to Bedford and was home by 5pm.

It was great catching-up with Stuart today, but that sad that overall, the Museum didn’t really ‘float our boat’.