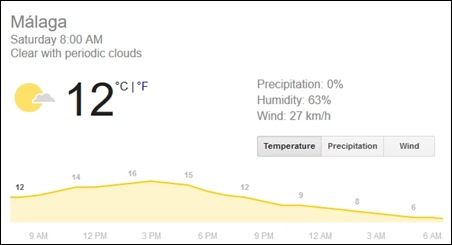 Today is our last full day here as we’re flying home tomorrow. If the weather forecast is reliable, we plan to make it ‘a local day’ and see as much as we can, on our doorstep, here in Málaga.

We decided that the most effective way to do it was using the hop-on/hop-off open-top Bus Tour – and for just 18€ each online, it was great value. 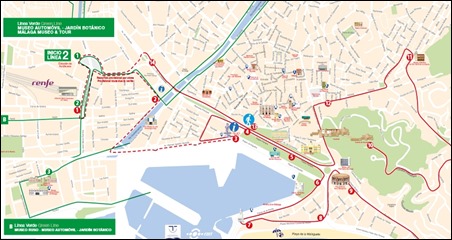 Click HERE for a larger pdf version of the Bus Route

We started off with Breakfast in the same place as yesterday – Orient Express – before picking-up the Bus outside the Rail Station just a few hundred metres away. Being its first stop, we had the pick of the seats, so we positioned ourselves upstairs, right up front. It was bitterly cold initially, but we were used to that by now (well, Ann was!) I was freezing my bits off but it WAS worth it for the commanding view. 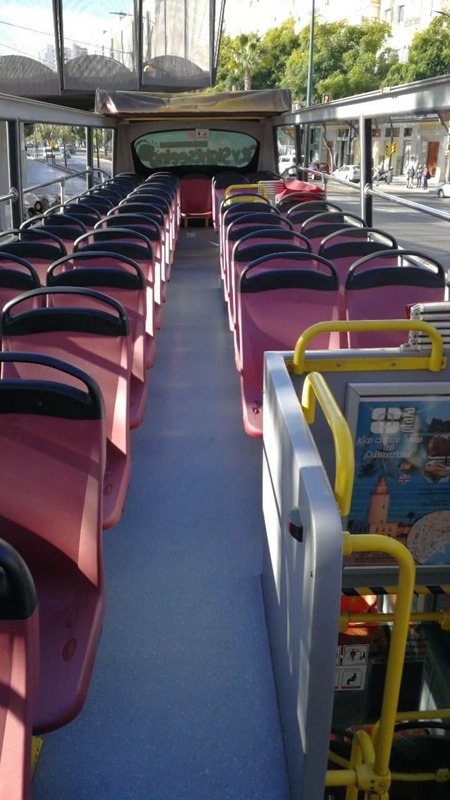 Actually, as the journey progressed, it did warm up quite a bit, and with my shutter finger now thawed-out, we got some great views of Málaga… 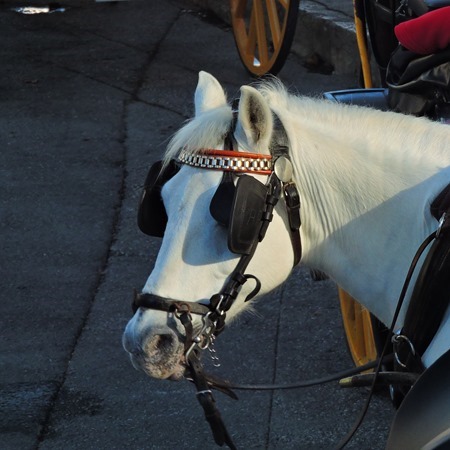 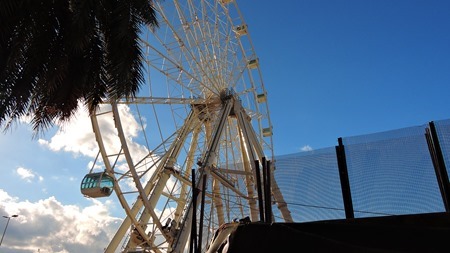 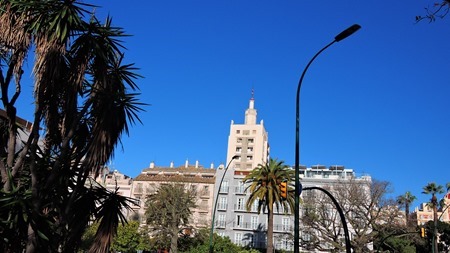 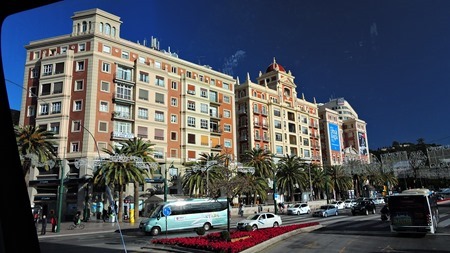 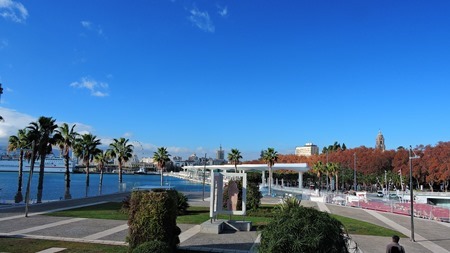 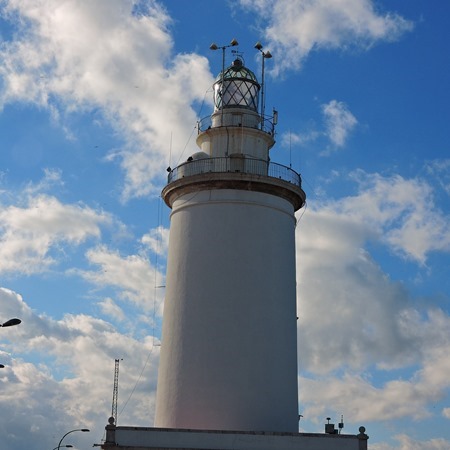 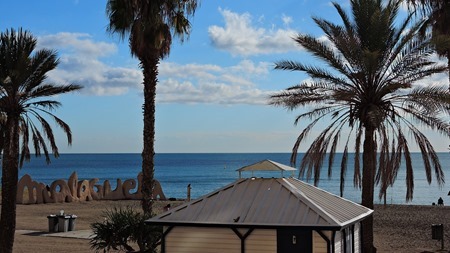 After quite an ascent by the Bus, we arrived at the highest point on the Tour – Málaga Castle – Castillo de Gibralfaro. We nearly didn’t get to see it at all, due to a really complex coin-operated entry system, looked-on by a local member of staff. With a prompt from the visitor behind us, we learned that they don’t take plastic here at all, only ‘real money’. Unbelievable! This is the most visited attraction in Málaga and they don’t take credit cards!

Ann scraped together enough cash (just) from her bag to get us in, but that was certainly a ‘lesson learned’.

The Castle was nowhere near as busy as yesterday, in Granada’s main attraction, so we more-or-less could go where we liked, when we liked. We headed for the castle walls and enjoyed some great views across the town… In fact, the construction allowed a complete walk around the walls. 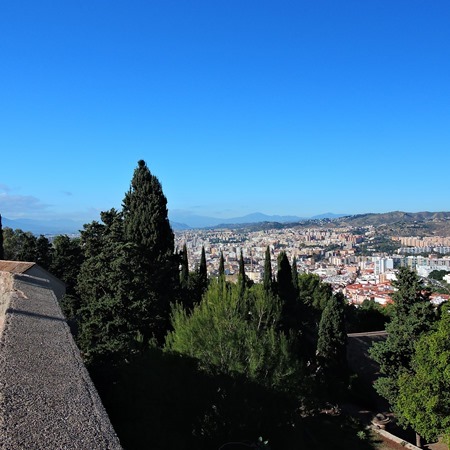 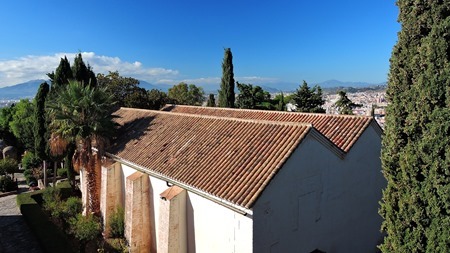 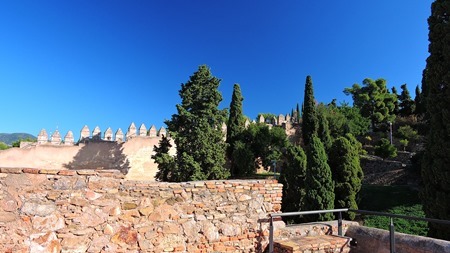 …then it was a short wait for the next Bus and we were back on the Tour. We stayed on until the Bus approached the old town of Málaga, where got off for an extended walk, and the hunt for somewhere to eat. 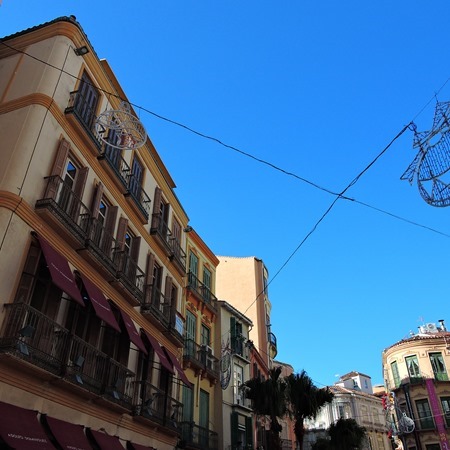 Boy, this was certainly a town for somewhere to eat! Every other shop was an eatery – and being a Saturday, most were packed. The weather by now had warmed-up a treat and was close to 17 degrees by the time we found the place we were looking for! (Thanks Google, Trip Advisor and Eye Witness books!)…

El Tapeo De Cervantes. It didn’t open until 1pm and we arrived around 1.05, so, just like the Bus, we had the pick of the seats! 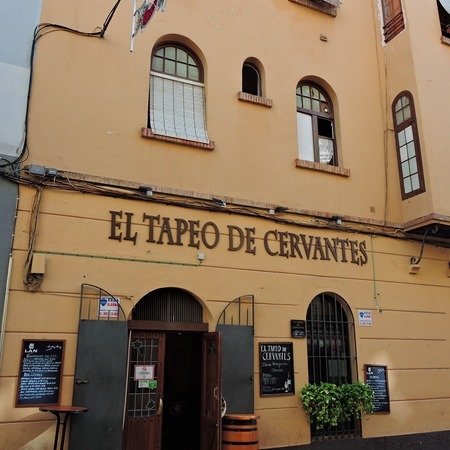 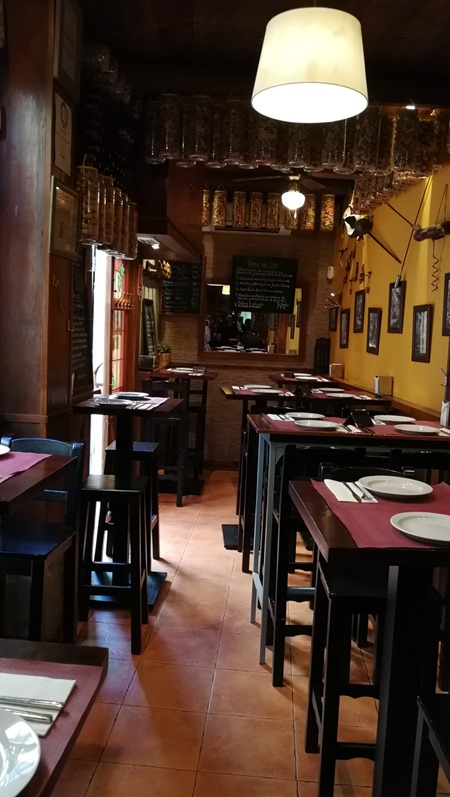 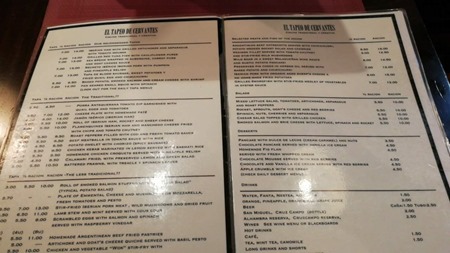 The service was very friendly. The extensive menu would have allowed us to eat ourselves to death (and through drink too!) so we exercised some restraint and opted for some Tapas, some beer and wine finishing with a dessert. 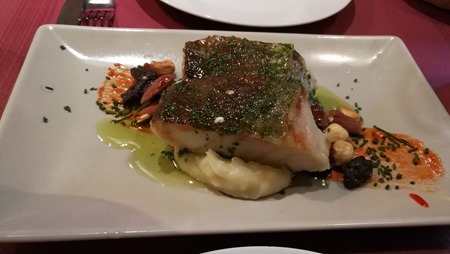 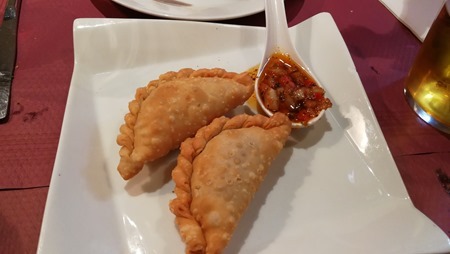 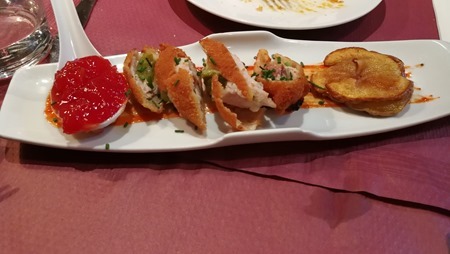 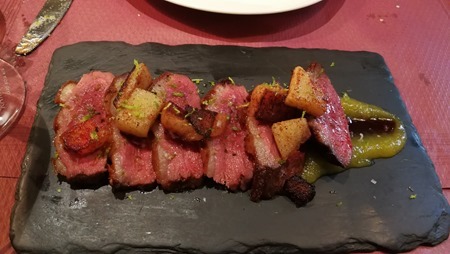 Duck on a Bed of Apple Purée 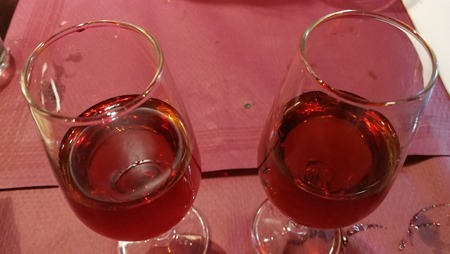 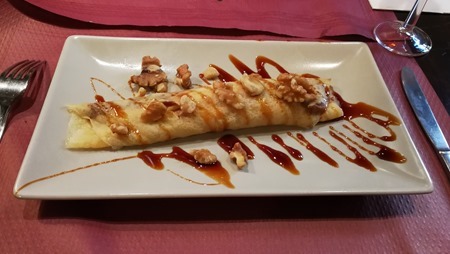 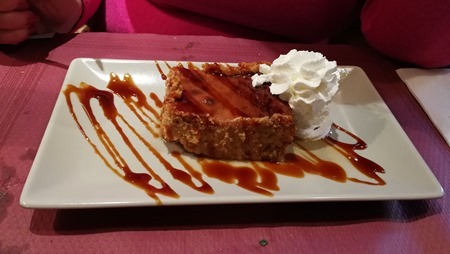 What a fantastic lunch! A tiny establishment but big on service and flavour! Top marks from us!

We were stuffed! We staggered out took a short walk towards the Cathedral and briefly planted ourselves on a wall to soak-up some more of the sunshine, as by now, it was getting really warm. Ten minutes later, with enough vitamin D to get us through the Winter back in the UK, we found Malaga’s Cathedral. 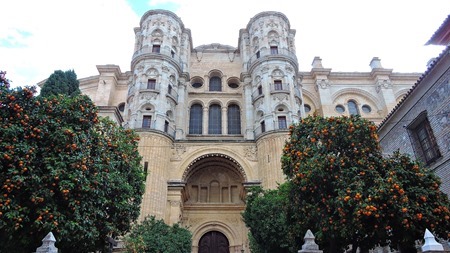 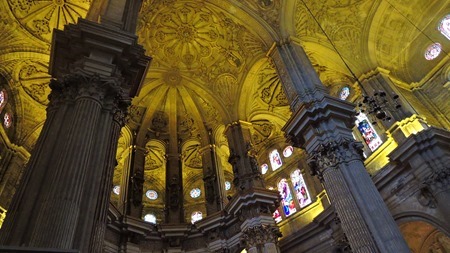 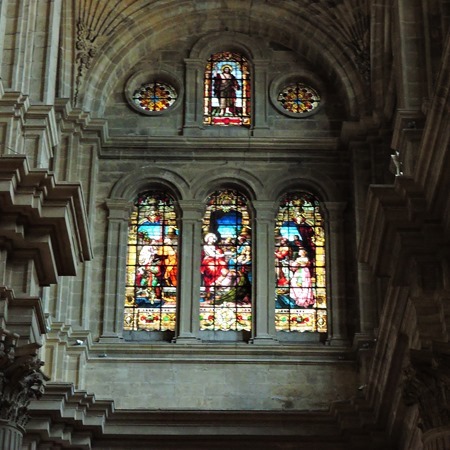 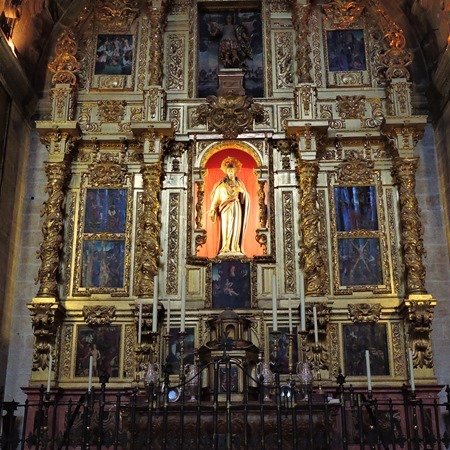 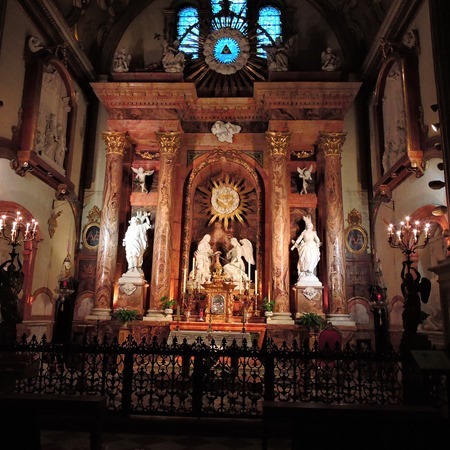 First impressions (as with most other cases of their Cathedrals we’ve seen this holiday) was ‘Wow!’ It was built between 1528 and 1782 and is the second tallest in Andalusia. It was very ornate in style throughout, and the whole place simply felt ‘impressive’.

We concluded our day by walking back through the old town and locating the Tour Bus stop. We only had about a fifteen-minute wait and we were then back on-board. A few stops later, we were back to where we started this morning – the Railway Station.

This has been a great way to explore the town and we saw parts that we probably wouldn’t have reached just by walking/taking a taxi. Brilliant!

Now it was just a case of going back to our room, reflecting’ (ahem!) on the strength of the local dessert wine and then the chore of binge-watching another three episodes of The Crown. As they say: “it’s tough, but someone’s gotta do it!”

It’s been a great day… and a great break here in Spain. We’ve learned a lot about the people and the places and how to best get around without spending a fortune. We’ve also managed to walk just over 20 miles on foot! (mostly deliberately!!)