Today the Ship docked at Icy Strait Point. By air, it’s about 50 miles west of the capital, Juneau, 60 miles north of Sitka, with Hoonah the nearest city. This isn’t your normal cruise destination as the landing area is completely man-made where many of the buildings have only been built in the past few years. The location is partly owned by the Tlingits – a native American tribe – whose home: Icy Strait Point is their largest settlement in Alaska.

We were promised ‘a wilderness’ and a ‘destination like no other’ and having just returned from an extended walk around, we’d say the descriptions were pretty accurate. 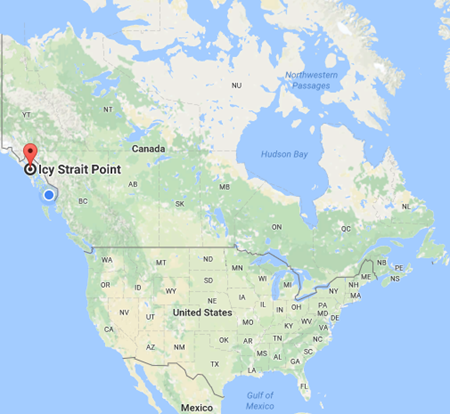 Getting off the ship was pretty easy – no tenders – just a short walk using the recently installed walkway and we were ashore. And wow!!!! what a beautiful destination! 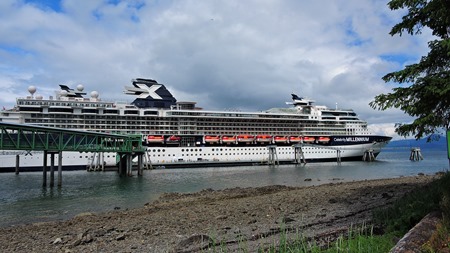 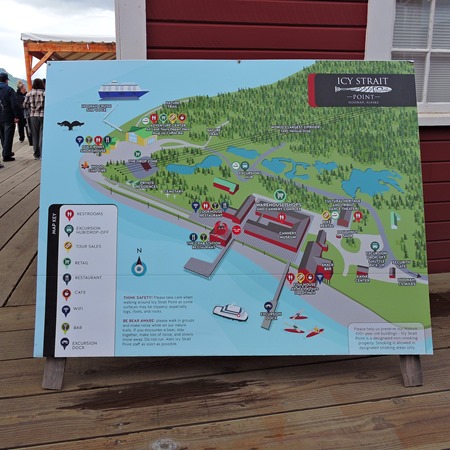 …the whole place felt totally unspoilt and as close to a ‘wilderness’ as I think we’re ever going to get – even the local bird-life was ready for a ‘selfie’! 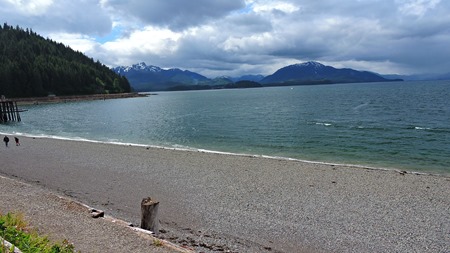 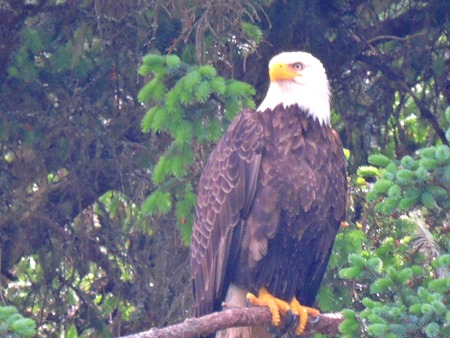 The nearest civilisation was the city of Hoonah, and we followed the crowd for the thirty-minute yomp, taking some beautiful sights along the way… 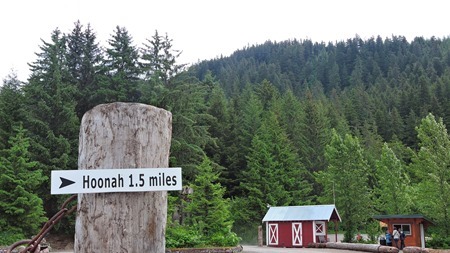 It’s called a ‘city’, but size-wise it was probably smaller than Burton Latimer! 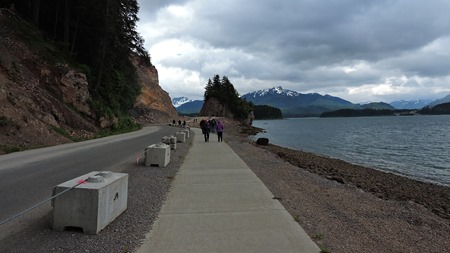 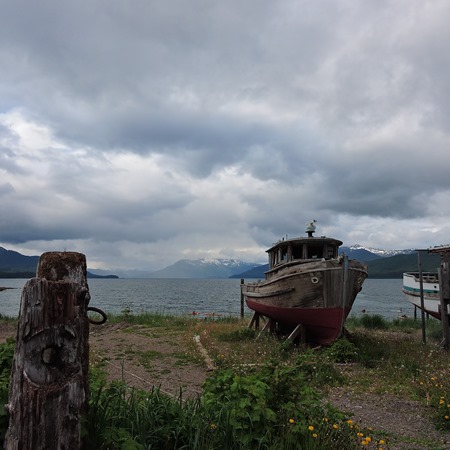 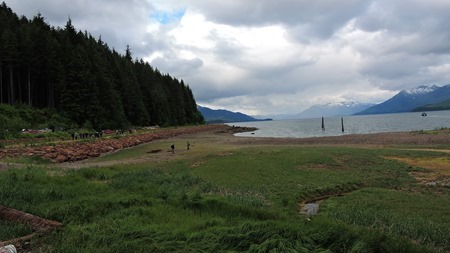 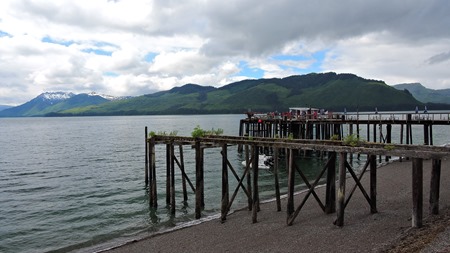 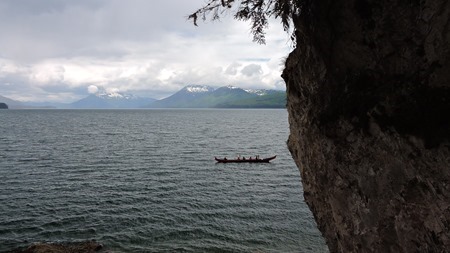 At one point, we caught a fleeting glimpse of a whale, but it was there and gone in a flash… 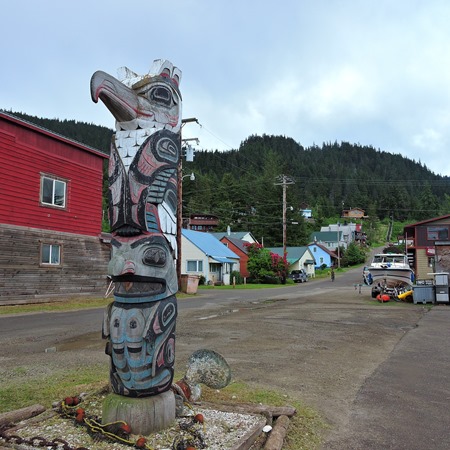 …eventually we made it into the city… 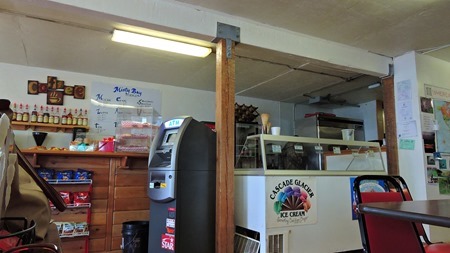 …and stopped for a well-earned pitstop with the rest of mankind at Misty Bay Lodge (purveyor of thickest milkshake I’ve ever eaten!! In truth, I think they simply put a tub of strawberry ice-cream in the blender and took cover!) Yummy! 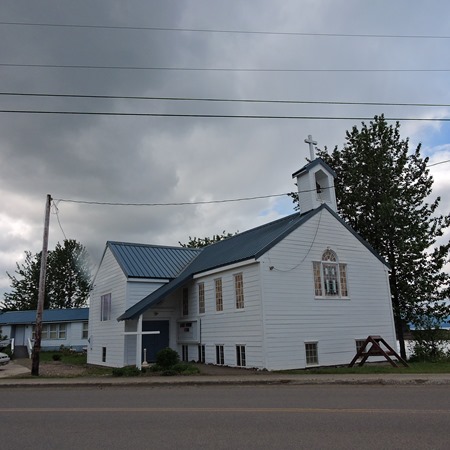 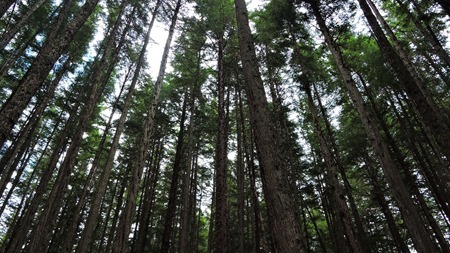 …then we took the short walk around the Nature Trail which towards the end gave us some commanding view of the Ship! 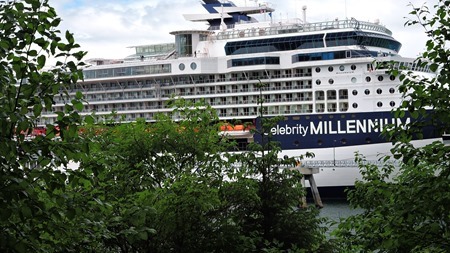 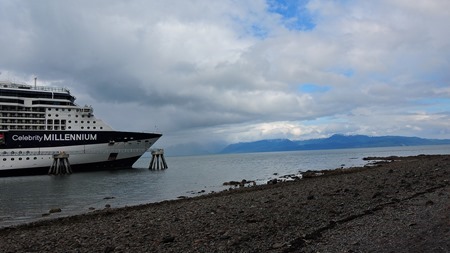 Round these parts, you need to be pretty rugged to survive. Back in Blighty, the worst that can happen when say, putting out the rubbish, is that you put stuff in the wrong bins – and it results in a cautionary letter from the Council. Over here, it’s a bit more serious. Bins attract bears and they’re massive out here (the bears not the bins!). Probably eight-feet tall and weighing three-times more than a human adult, they also outnumber the locals 3:1! They also don’t all wear bright shirts like the one below! Damn!! Consequently, there’s plenty of advice about how to ‘manage’ an encounter… and stay alive! 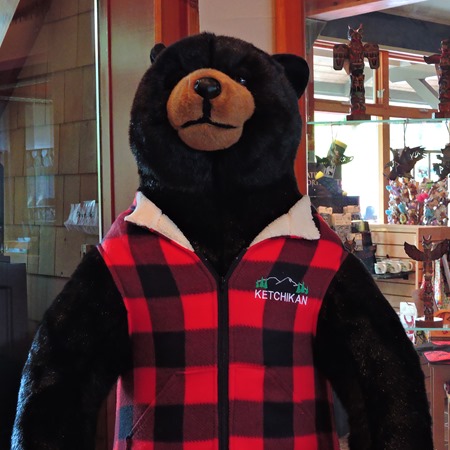 With all this in mind, I’ll take on Kettering’s bin-men any time!!

After our walk round the Nature Trail and the smugometer registering ‘11’ (my 7700 steps achieved in no time), we headed back to the bear-free safety of the coffee lounge just before 1.30 – time for a coffee and a hot chocolate before putting our feet up for a hour-or-so.

On the agenda for the rest of the day was equally relaxing: watching Beauty and the Beast movie on the outside cinema on the top deck and then seeing Milos in action again in the Theatre for his third presentation (talking about global weather patterns). Ironically, we had to abandon the film, 15 minutes in, as it chucked it down with rain!

Milos’s presentation was very interesting, but it was complex stuff with loads of useful facts about how the weather is changing – but maybe not ideal for a typical cruise audience with ‘leisure’ in mind.

Our final ‘chore’ for the day was off to the Restaurant (and by now what has become ‘our’ table-for-two) to sample some fine food and wine.