We headed off to The Marquess of Exeter in Lyddington tonight to meet up with Mick and Jane S. The Pub/Restaurant/Hotel boasts: “One of the finest restaurants, pubs and hotels in Rutland” – so expectations were high!

On one of the hottest days of the year so far, what could be better than taking the XKR out for Summer evening spin and enjoying a meal with friends in an English ‘local’. Ann was convinced we’d been to this Pub before, but as we arrived and headed for the car-park, it all seemed very unfamiliar (and we soon realised that had in fact been to The Old White Hart just down the road).

Perfect timing as Mick and Jane had arrived just seconds before us! We strolled into a more-or-less deserted restaurant and were quickly shown to our seats. We were soon perusing the (slightly restricted) menu after ordering our drinks. 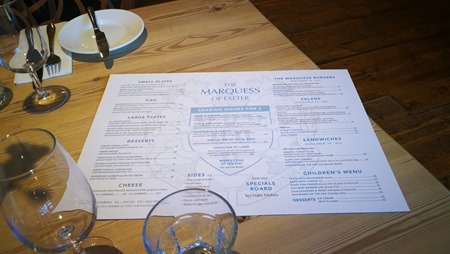 There was also a ‘Specials’ board – and it certainly was special if Fish was your fave (as everything on it was fish-based). Eventually, Ann and I settled for the ‘Lamb to share’ option. There was about a twenty-minute wait, but at least that showed it wasn’t being defrosted and microwaved!

..and it gave me a chance to enjoy my Guinness (note to the Menu designer – there are two Ns in Guinness!) 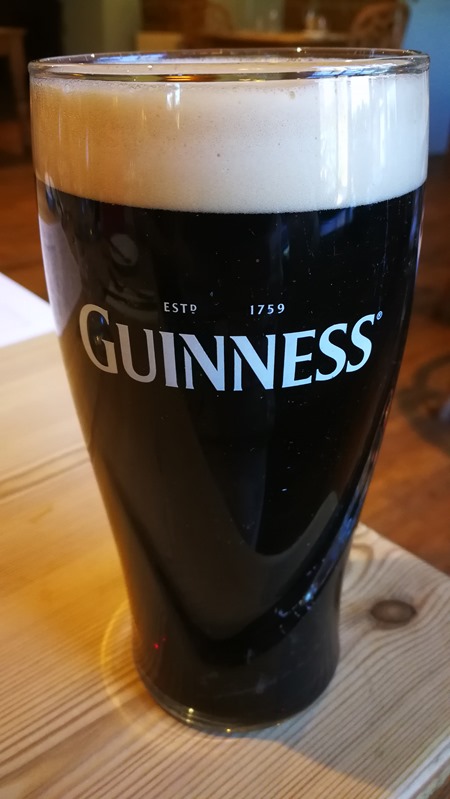 When the lamb arrived, we weren’t disappointed! The supplied carving knife and fork was redundant as just the thought of what was on offer seemed to allow the meat to fall off the bone! The joint itself was massive and could have easily served four or even more! 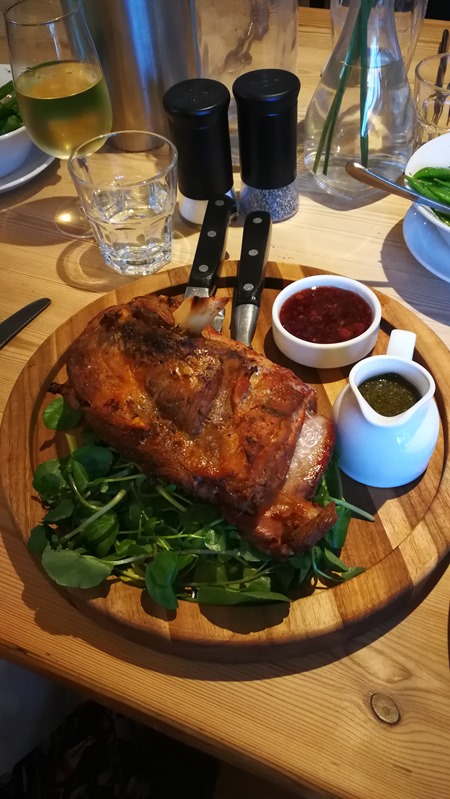 The food experience was excellent, but as the place filled-up, we were soon flanked on both sides by two groups of ‘young things’ celebrating their respective birthdays – and, maybe not surprisingly, the noise level increased dramatically! At first, we thought that it was just us four being ‘boring old fruits’, but this was more than loud, it was deafening! – and so much so, we couldn’t hear each other across the table. We soon realised that it was simply the acoustics of the restaurant, combined with a very low ceiling. It slightly ‘took the edge’ of the evening, and we skipped dessert and coffee because of the challenge to converse (in truth, we were stuffed anyway, so maybe, for the sake of our health, not a bad thing).

We said our extended good-byes in the car-park and headed home. It had been a great evening – a chance to catch-up with some long-known friends, a perfect drive on some lovely Rutland roads and a good meal too! We love the English Summer!!!